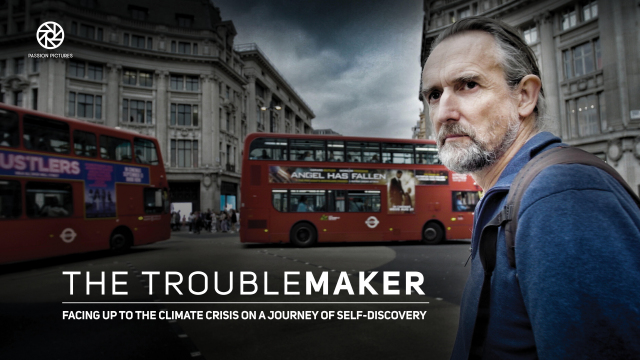 It is in times of crisis that we find out what really matters to us, that we get to discover who we really are, as individuals and as a society. The Troublemaker delves deep into the ideas and emotions behind the international wave of civil protest, born in the face of the unfolding climate crisis. Through the eyes of a visionary leader who co-founded ‘Extinction Rebellion’, and a previously law-abiding citizen inspired to take action, The Troublemaker aspires to stir the audience from passive resistance to a life-affirming defence of our future. Now that we understand more about what a ‘global crisis’ feels like, it can no longer be ignored. 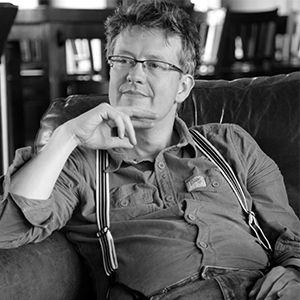 'As a filmmaker I have spent the last 20 years exploring our fractured and self-destructive relationship with the natural world. I have always been interested in visionary individuals that attempt to stir society from passive acceptance to action, and who are prepared to suffer for their ideas in the process.

Between 2007-2015 I chased the ghost of Grant Hadwin, an expert logger driven to an extreme protest and a perverse ‘crime against nature’. Grant drowned in mysterious circumstances while kayaking to his own trial.

It was with the same unresolved curiosity that I approached Roger Hallam, co-founder of the then nascent environmental protest movement ‘Extinction Rebellion’ (XR). Despite his reputation as the eponymous ‘Troublemaker’, I wanted to make a film about the ideas and emotions that are driving the fledgling ‘rebellion’, and not to be distracted the personalities and politics inevitably involved with such a project.

The film takes the ‘troublemaker’ trope as the hook for a message about the power of collective action, in the process subverting our deep-rooted need for a story to have a hero, when in the end, the hero is us.'