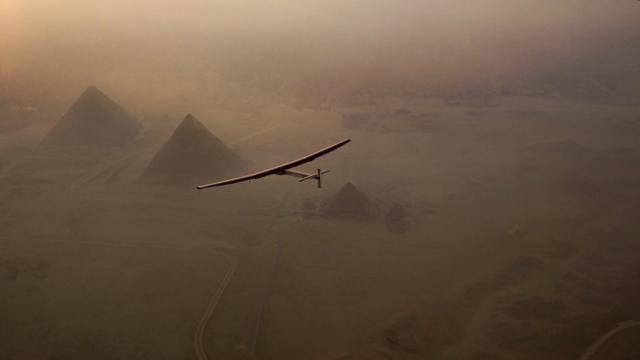 As the Paris Agreements were being signed in 2016, Solar Impulse was completing its pioneering solar-powered flight around the globe. Where has the plane been since and what happened to its technology?

Despite its potential, Solar Impulse has all but disappeared from public view. Developed in Switzerland, it has been sold to a Spanish-American start-up, who plan to use it for communications and surveillance:’After many modifications, the plane is set to become a very high altitude autonomous and solar-powered drone.’ Bertrand Piccard, who developed and flew the plane, is clear:’The plane should not be used for military purposes.’
FULL SYNOPSIS