Inside the gang of self-described 'Wester Chauvinists' 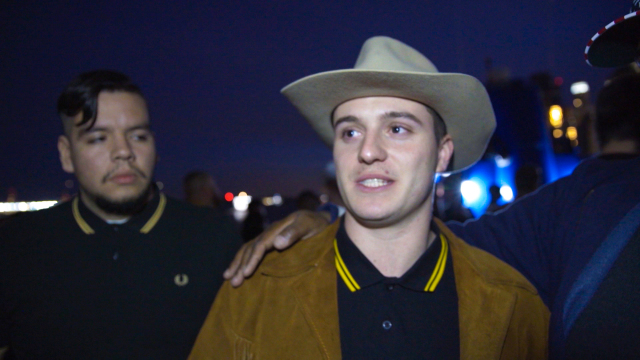 All eyes are on Trump supporters following last week's Capitol riots. 'The Proud Boys', who Trump told to ‘stand by’ before the Capitol was stormed, is one particularly controversial pro-Trump group.

'The one thing the Proud Boys stand for is making men as confident, manly and successful as possible’, says one member of the Proud Boys, wearing the group's signature polo shirt. 'Being a man is almost frowned upon, because of this third wave feminism,' says another member, who denies that gender inequality still exists in the West. Gavin McInnes, the Proud Boys founder, agrees: 'there's a war on masculinity going on'. Alongside its focus on masculinity, the group is also highly nationalistic, dedicated to protecting what it sees as Western values, and recordings suggest a culture of violence towards opposing groups. It has been labelled a hate group, including by the Southern Poverty Law Centre, which has historically been involved in civil rights. 'The Proud Boys are listed [as a hate group] because they make no mistake about their feelings about Muslims,' says one SPLC spokesperson.
FULL SYNOPSIS