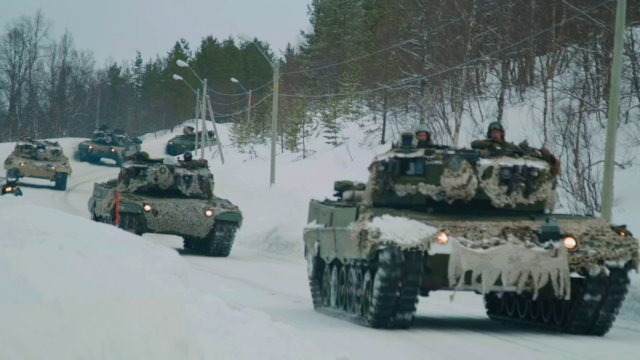 As the Arctic continues to melt, global powers are scrambling to claim the valuable landmass. With Russia and China expanding their presence, could the Arctic be at stake in the new Cold War?

The melting of hard ice in the Arctic has alarmed many, but it has also opened lucrative new cargo routes for neighbouring countries. 'We are literally watching a new ocean open before our eyes. And so all sorts of incredible opportunities open, but whenever there’s open space on the planet, politics play a role’, says Mike Sfaga, director of the Polar Institute at the Wilson Centre. As new routes open, old tensions between the U.S. and NATO on the one side, and Russia and China on the other, have re-emerged. NATO chief Jens Stoltenber has struck a conciliatory tone: 'Tensions have risen but at the same time we still strive to try and keep them down and to avoid escalation because we also have a history in the Arctic where even during the coldest period of the Cold War, NATO allies were able to work with the Soviet Union.’ U.S. Secretary of State Mike Pompeo, however, has struck a harder line, in particular against China: 'The shortest distance between China and the Arctic is 900 miles. There are only Arctic states and non-Arctic states. No third category exists. And claiming otherwise entitles China to exactly nothing.’
FULL SYNOPSIS