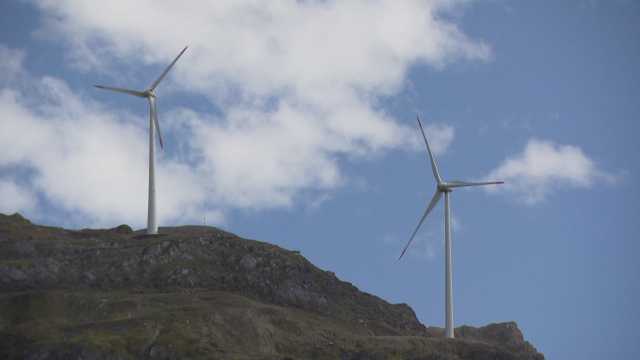 Wind turbines have long been proposed as a renewable alternative to fossil fuels - and their proponents argue that wind farms are profitable, too.

In Switzerland, plans to develop a huge wind farm are proving highly controversial. The concern, ultimately, is that wind turbines will mar the beautiful countryside, with not enough pay off in terms of energy produced. 'The promoters are selling a green miracle, but there isn't one,' says Christian Amacker, who opposes wind farms. He, along with others, feels that wind farms cause too much disruption, and don't generate enough energy to compensate. Michel Fior, president of a Swiss anti-turbine pressure group, argues that energy produced is far lower than has been promised: 'if you look at the promoter's promises, we're at 50% of the production which was expected'. But despite these concerns, many remain convinced that wind farms are necessary. As the need for renewable energy becomes increasingly clear, some, such as farmer Pierre Berger, feel that wind power may be our best bet, given the alternative: 'We can't be against nuclear power plants, and at the same time fight [wind farms].'
FULL SYNOPSIS