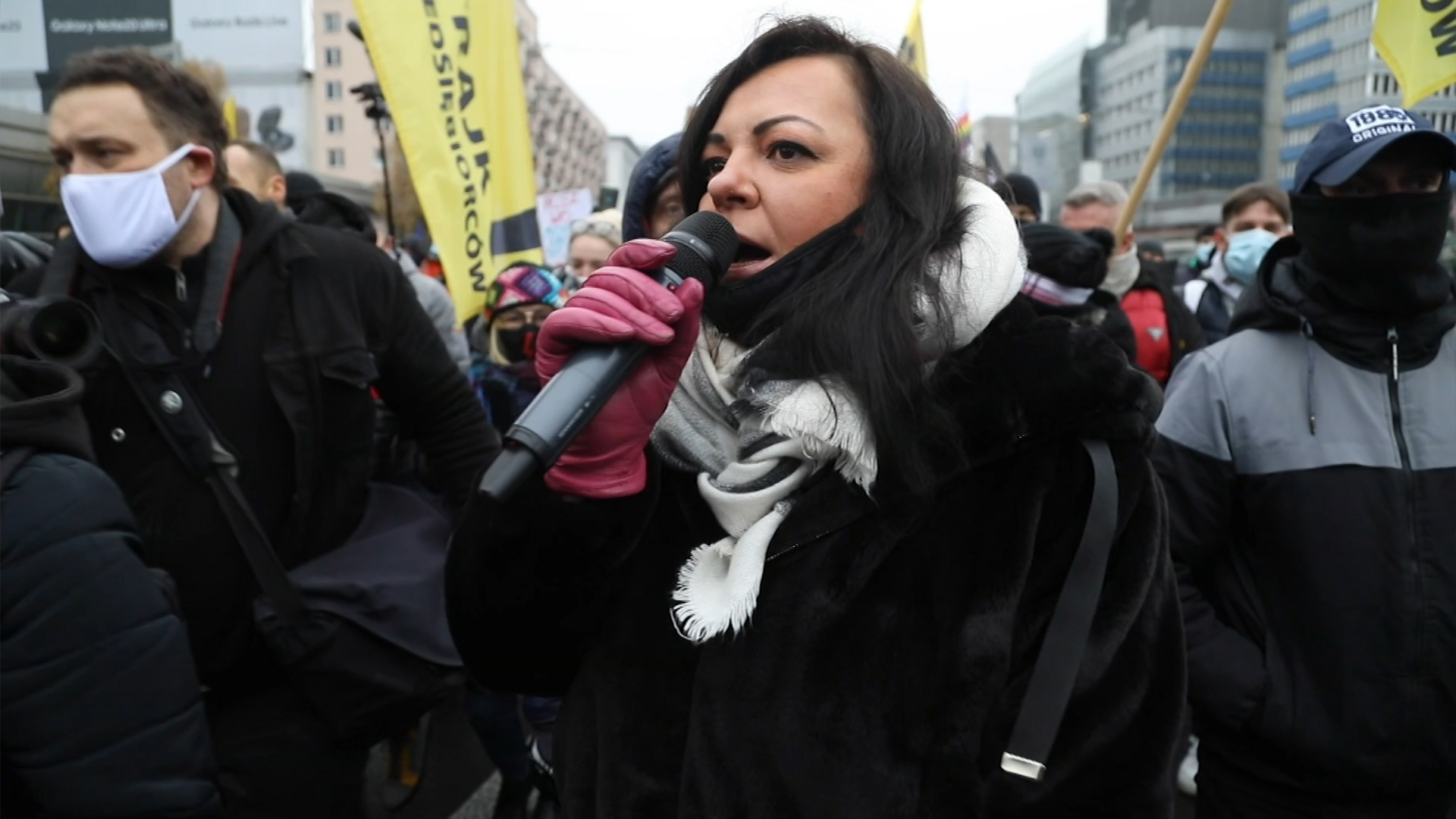 In Poland, women are fighting for abortion rights. The country's constitutional court has made it near-impossible for women to have abortions - a move condemned by both the European parliament and human rights groups.

Poland's right-wing Law and Justice party took power as part of a coalition in 2016. Since then, increasingly oppressive laws have been introduced - including a recent abortion ban which will soon come into force. 'I think the ruling ... is a great step towards full realisation of human rights,' says pro-life lawyer Karolina Pawlowska. But in the wake of the new ruling, Poland is seeing demonstrations on a scale unseen since the fall of Communism. 'I'm scared and disgusted with the government,' says one demonstrator. Many Polish women are having to travel in the middle of a pandemic for abortions: 'This is putting us in a position where we have to risk our health, our life', says NataliaBroniarcyzk, who runs a women's helpline. 'Poland is a very bad country to live in for women,' says Broniarcyzk.
FULL SYNOPSIS
TRANSCRIPT