How does the Mexican Sinaloa cartel organize the trafficking of Crystal Meth from Chinese and Indian factories to dealers around the globe? 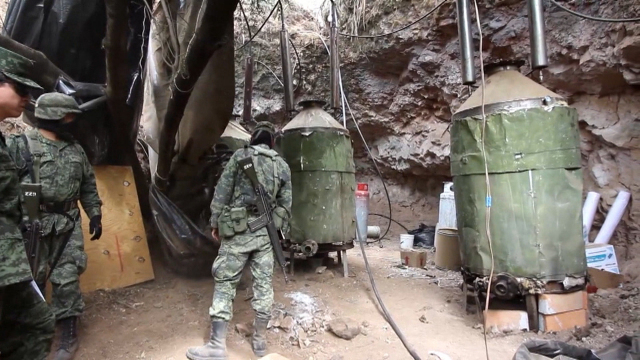 The Mexican Sinaloa cartel traffics highly addictive crystal meth from Chinese and Indian factories, to drug dealers across the globe. How do they successfully run such a complex illegal operation?

Crystal meth is a drug considered by some to be even more addictive than heroin. 'A crystal customer is a lifetime customer,' explains one Swiss drug dealer, Marc. Though the drug often comes from Eastern Europe, many addicts around the world also get their supply thanks to the operations of the Mexican Sinaloa cartel. The synthetic drug is made in Mexico, then shipped around the globe. 'They're dispatching it all over the world. They're the world leaders for crystal sales,' says Marc. To make meth, certain highly regulated 'precursor' chemicals are required - these come from factories, such as those located in China. 'Yes, we have this type of product ... we bought it from customs officers, they work for us. They help with all of our exports to Mexico,' says one Chinese supplier when contacted by an undercover reporter. Markus Schlaepfer, a police chemist, explains that because meth can be made from so many different precursors, regulation is a struggle. 'Some are allowed or strictly controlled to make legal substances. It's impossible to tell systematically which precursors should be banned.'
FULL SYNOPSIS
TRANSCRIPT