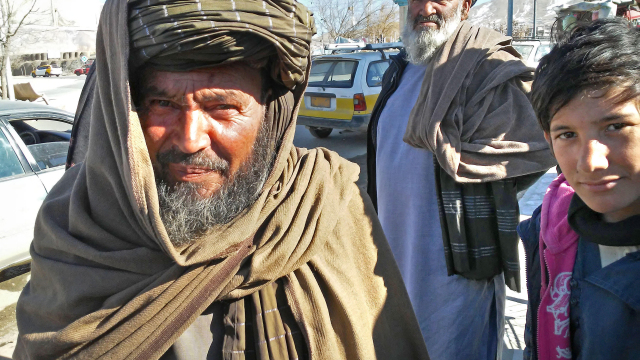 Since peace talks resumed in January, the Taliban have refrained from attacking US and NATO advisory forces in the country. But attacks and bombings against Afghan security forces and government employees have increased.

In the city of Maidan Shahr, where Afghan military bases are located, Taliban attacks are frequent. The group has been targeting the Afghan government - they largely leave 'innocents' alone, says one Maidan Shahr resident, but civilians inevitably fall victim to collateral damage. 'A few days ago, someone has placed a bomb under our sales booth,' says one bazaar seller. By making peace with foreign forces in the country, the Taliban have consequently strengthened their own military forces: 30 Afghan soldiers are killed each day. 'The government is weak, and they cannot bring security to us,' notes one Afghani civilian. Youth movements in the country are also being targeted for their pro-peace stance - and as movement from the country is blocked, they have no choice but to fight. 'The Taliban and the terrorists are trying to kill and assassinate all younger Afghans who have a voice and impact in their political area,' says one youth leader. 'I am glad that everything is closed because escaping and running is not an option. You don't run from your country or turn your back on your country.'
FULL SYNOPSIS
TRANSCRIPT