Hamas - Tip of the Dagger

Fundamentalism and resentment towards Israel grows in Palestine 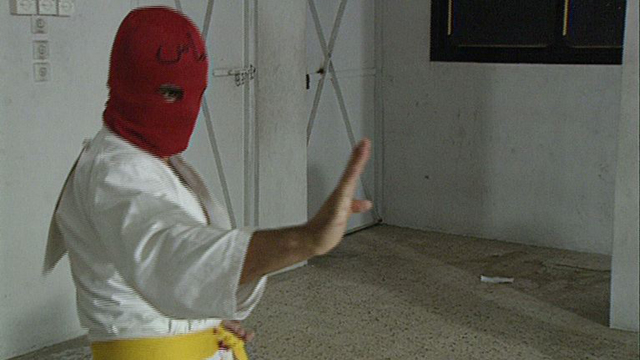 This film looks at the strength of the Palestinian fundamentalist organisation 'Hamas' in the Gaza Strip. Should the peace process not in the result in a substantial Palestinian settlement there is a good chance Hamas could replace the recognised and relatively moderate leadership of the PLO. In 1991 Hamas called for holy war to regain all the lands of Israel and not only the Occupied Territories.

Hamas detests the West and would be very difficult to deal with in the future – in effect they would put Palestinian chances of peace back into the dark ages, and may well cause a bloody round of infighting amongst the Palestinians themselves. "We fight for Hamas, because if we get martyred we will go to heaven." says one young boy confidently. Little else seems certain; political and theological tensions run high throughout Palestine, as resentment towards Israel and the Occupied Territories grows. Demonstrations, mainly by young men in masks, are evidence that support for Hamas is growing.
FULL SYNOPSIS
TRANSCRIPT