As the Chinese government tightens restrictions, what future is left for the activists? 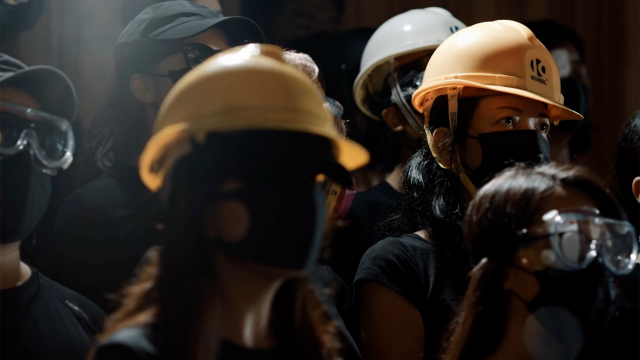 Hong Kong, once a city of protest, is now a city of fear. Following pro-democracy protests throughout 2019 and 2020, the Chinese government is now cracking down on democracy activists. Pro-democracy activist Joshua Wong has been repeatedly put on trial and jailed for organizing protests. ‘We have more than 10,000 Hong Kongers who were arrested, 2,000 of us were prosecuted,’ Wong explains. Yet these protesters are willing to risk arrest under increasingly severe national security laws to stand up for their beliefs. ‘Hong Kong will be independent. That’s what I believe in,’ says 20-year old pro-democracy protester Max Mok. Meanwhile, others like politician Nixie Lam want the protesters to stop their activities – and continue their campaigns within the rules set out by Beijing. ‘You can still do protests, you can say your views online and do your pages. … Just don’t say you want Hong Kong independence and do some actual movements or accept foreign monies … Then you’ll be totally fine,’ she says. Now, young activists face dramatic life-changing decisions over whether to stay and fight it out, risking jail sentences, or to leave Hong Kong, perhaps forever, to continue their campaign from abroad.