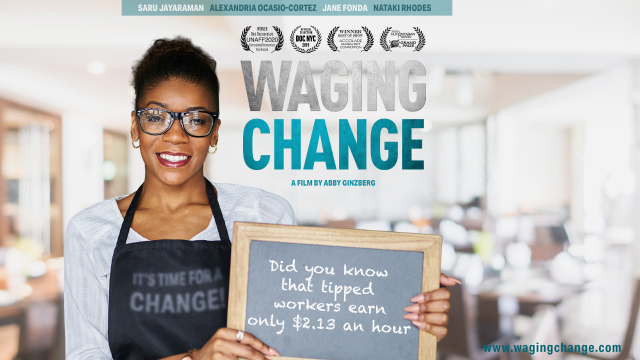 From no paid sick leave, to a reliance on tips in order to make a living, the COVID-19 pandemic has revealed the many fault lines in the American restaurant industry that affect both workers and consumers. As millions of restaurant workers were laid off in the face of the pandemic, Waging Change provides a behind the scenes look at what needs to change so that restaurant workers can receive a living wage once restaurants re-open. Featuring Saru Jayaraman, Lily Tomlin, Jane Fonda and Rep. Alexandria Ocasio Cortez, the film reveals two American workers’ struggles hidden in plain sight-- the effort to end the federal tipped minimum wage of $2.13 for restaurant servers and bartenders and the #MeToo movement's efforts to end sexual harassment. 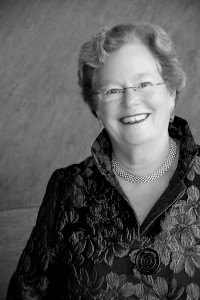 Abby Ginzberg, a Peabody award-winning director, has been producing compelling documentaries about race and social justice for over 30 years. Her most recent film, Truth to Power: Barbara Lee Speaks for Me is a documentary about Rep. Barbara Lee, who is best known for her lone NO vote against the use of military force following the 9/11 attacks and has spent the last 20 years in Congress fighting for peace, justice and equality. Soft Vengeance: Albie Sachs and the New South Africa won a 2015 Peabody award and has screened at film festivals around the world, winning four audience awards. It was broadcast on public television in July, 2016. Ginzberg was also the Consulting Producer on The Barber of Birmingham, which premiered at Sundance in 2011 and was nominated for an Oscar® in the Short Doc category, and was directed by Robin Fryday and Gail Dolgin.