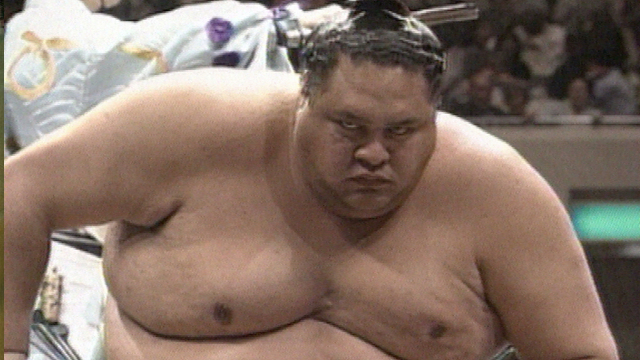 Amidst allegations of match-fixing and links with the mafia, the younger generation in Japan are choosing western sports and culture over national traditions.

"For kids it's a matter of whether the sport is cool or not. Which do they think is cool, a uniform or a loin cloth?", a sumo coach asks rhetorically. The origins of Sumo go back more than two thousand years. Part ritual, part religion, it has always been much more than a sport. Some say it embodies Japan's national spirit with its emphasis on hierarchy and tradition. But today Japanese children have more worldly interests and there are one hundred times as many playing football or baseball as there are wrestling. Also adults are turning their backs on Sumo. For the first time ever seats are going unsold at tournaments and TV ratings are slipping. Meanwhile, there are disturbing allegations that Sumo has been "contaminated with western values" such as corruption. "I think there is no sport in the world with more match fixing than Sumo", says a former wrestler whose accusations against the Sumo establishment have forced him to go under ground. Other whistleblowers have died suddenly and mysteriously. A fascinating look at Japanese culture where the 'code of silence' is alive and thriving. Produced by ABC Australia
FULL SYNOPSIS
TRANSCRIPT