A Decade of Conflict

A decade on from the Arab Spring, more than half of Syria's population are still displaced 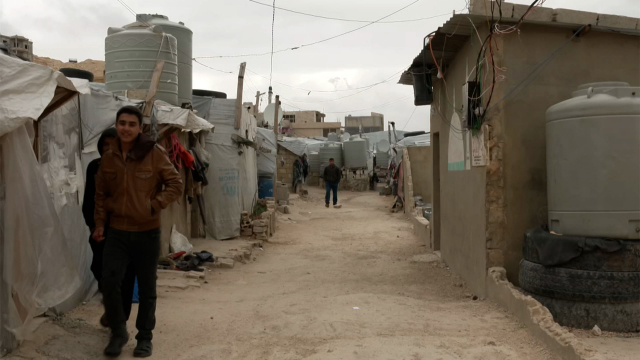 Ten years after it began, the impact of the Syrian conflict is still being felt in Lebanon, where the number of refugees is causing problems for the government and creating tension with locals.

When Syrians fled over the mountains to Lebanon in 2011, no one thought they would still be there after this long. Umm Omar's family was one of the first to arrive: 'We thought we’d be here for a day or two, a week or two, a month, and then we’d go back'. No one knows the exact number in the country, as many are not registered. Even those who are struggle, with UN benefits recently cut. Mounira says: 'The UN no longer gives us food, how are we going to live?' With the Lebanese economy collapsing, the situation is set to worsen. Umm Omar says: 'There’s no safety at the moment, even for the Lebanese there’s no security, so what is it like for us living in a country that isn’t our own?'
FULL SYNOPSIS
TRANSCRIPT