My Family and the Explosion

On August 4th 2020, Beirut’s port was rocked by the world’s largest non-atomic explosion. Many Lebanese are still living through the scars of this shattering event. 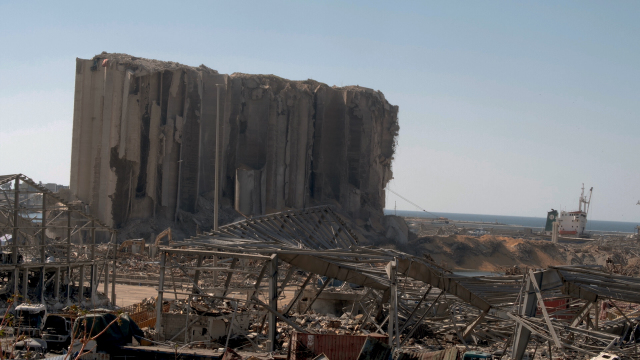 The huge explosion which rocked Beirut on August 4th 2020 shattered the lives of many Beirut residents, and its consequences are still being felt by those living with the scars of this tragic event.

Naji Makhlouf, a fitness instructor, suffered life-changing injuries. 'I feel this head is not mine... It feels empty on the inside', he says. Nicole Torbey, his wife, says: 'I can't imagine how he feels. He can't move, needs help with everything. He was so strong'. Their daughter is afraid something will happen again and feels anxious when away from her father. Like many in Lebanon, Nicole no longer trusts the government: 'Our government has destroyed us, killed us. It destroyed my husband's body and my daughter's life'. Her anger is palpable as she reminds us: 'No one has been spared from this tragedy in Lebanon, rich or poor!'
FULL SYNOPSIS
TRANSCRIPT

MAHMOUD KAABOUR - DIRECTOR/PRODUCER
Mahmoud Kaabour is a Lebanese filmmaker and content consultant. He graduated in Film Production from Mel Oppenheim School of Cinema in Montreal before working for The National Film Board of Canada and the Canadian Broadcasting Corpora- tion. His films “Being Osama”, “Grandma, a Thousand Times” and “Champ of the Camp” won top awards with festivals like Doha Tribeca, London International Doc Fest, DocsDF, Taiwan International Doc Fest and Dox Box, and were all broadcast internationally. In 2015, he was named to the list of 100 Most Powerful Arabs Under 40. He is based in Berlin.