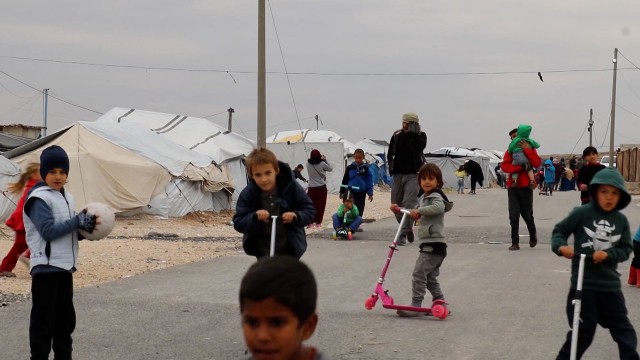 In Syria, children of European Isis fighters are suffering for the mistakes of their parents. Stranded in camps for years, their only chance at repatriation is leaving their mothers behind.

In Syria, over nine thousand children of ISIL fighters are living in camps, unable to go back to their countries of origin. Patrice, whose daughter and grandchildren are stuck in a camp, is fighting for their release: 'It's like I'm getting old all at once. I don't know how to explain it. I don't know what to do anymore. I wrote, I phoned, I've exhausted all possibilities of appeal. If I had known, I would have kidnapped them. I would have locked my daughter in the basement'. Repatriation is made difficult because European countries refuse to repatriate adults, forcing mothers to give up their children. The practice has come under criticism from international organisations: 'The Islamic state is characterized by its violence, brutality and inhumanity. To defeat terrorism, we must show that we are not like them. We have values: our humanity and our compassion', says Francesco Motta, Middle East Head of United Nations High Commission of Human Rights. However, there is little political will to change the policy. 'What comes first is the safety of the Swiss population', says Karin Keller-Sutter, Swiss Minister of Justice.
FULL SYNOPSIS