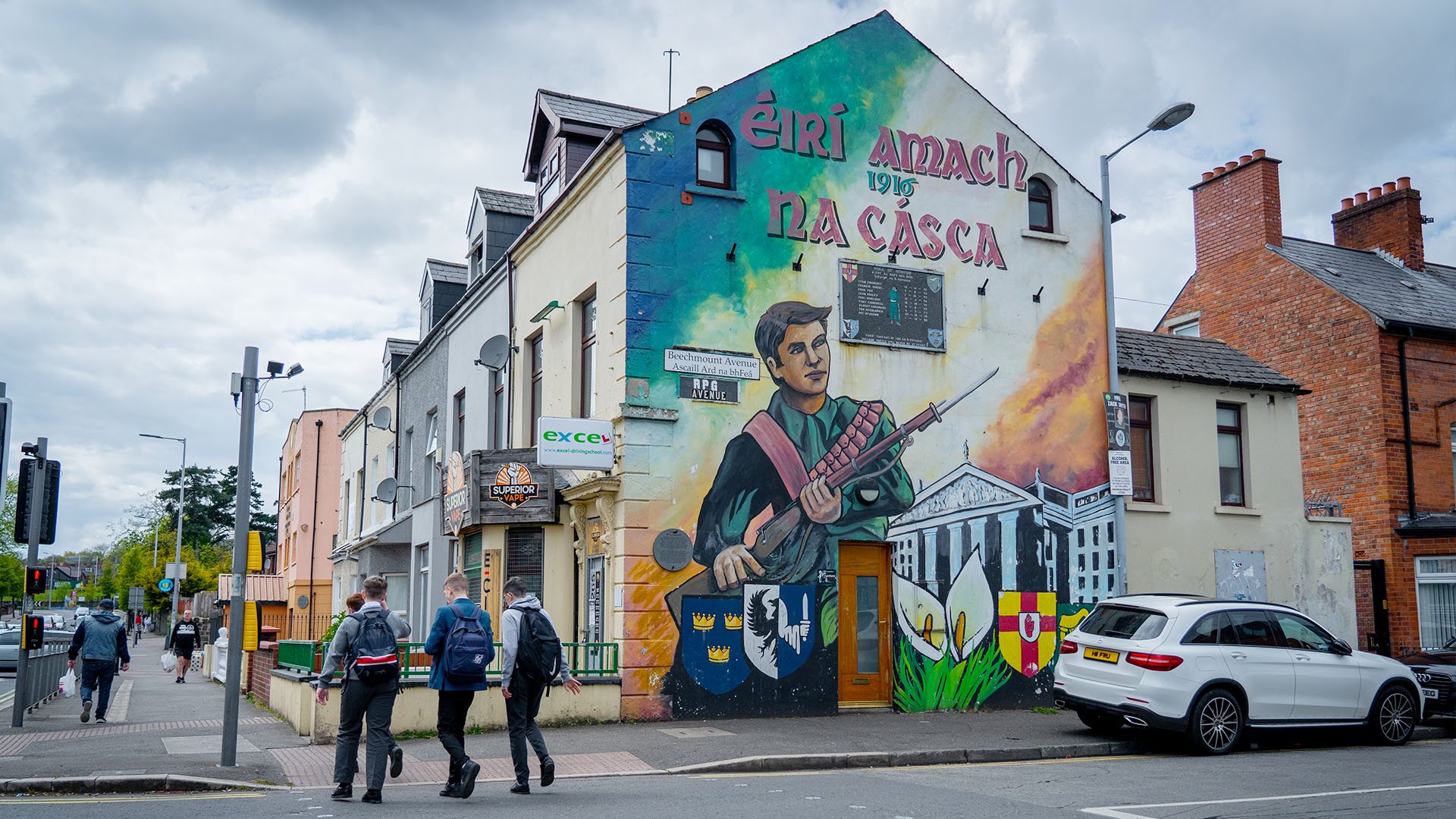 Two decades after the Good Friday agreement, tensions are rising again in Northern Ireland. With unionists feeling betrayed by the Brexit sea border, people on all sides are bracing for a violent summer.

Sectarian conflict has broken out again in Northern Ireland, spurred on by the new sea border imposed by Brexit. Union loyalists say this is another step in making them feel unwelcome in their homes: ‘it’s almost as if we have to be ashamed of being British citizens, ashamed of our heritage and ashamed of our identity‘, says activist Jamie Bryson. The tension has lead to a rise in new paramilitary groups in both the Catholic and Protestant communities, mostly made up of young people. ‘I saw my first killing when I was seven years of age. If you want your children or grandchildren to go through something like that , there’s something wrong with your head‘, says tour guide Danny Kearney. Last year, the rioting lead to the murder of journalist Lyra McKee. Many are blaming the rise in violence on a lack of social opportunities in Northern Ireland. ‘I do remain hopeful, because I do want to stay here; this is where I see myself. But unless the opportunities build, then people like me, we’re going to have no choice, but to try and find somewhere else’, says Anna McAree.
FULL SYNOPSIS
TRANSCRIPT