Will the two ethnic groups ever see peace? 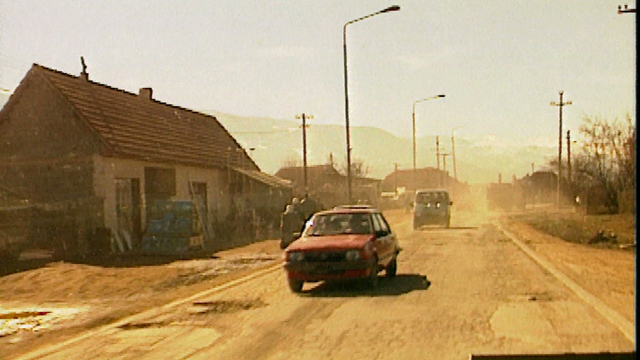 In 2000, there were still five revenge killings a week in the province. This film asks whether a peaceful co-existence between the two peoples is still really possible.

Bullet holes in a school wall in Bukosh, Southern Kosovo, mark the killings of 27 villagers by Serbs last May. Signs like these preserve the haunting memories of ethnic cleansing. They also serve as a reminder of NATO's failure to stop the murder. Now, a year later, the international community is trying to make up for its tardy reaction by rebuilding Kosovo. But while KFOR, the security force mandated by the United Nations Security Council last June, can build new houses and cover up the bullet holes, they are unable to secure a lasting peace between Albanians and Serbs. Last summer the average death toll among the Serbian minority was fifty murders per week. The number of revenge killings per week has now fallen to five. Peacekeepers have given up the goal of a multi-ethnic Kosovo, but can they achieve peaceful co-existence between the two peoples? Produced by ORF
FULL SYNOPSIS
TRANSCRIPT