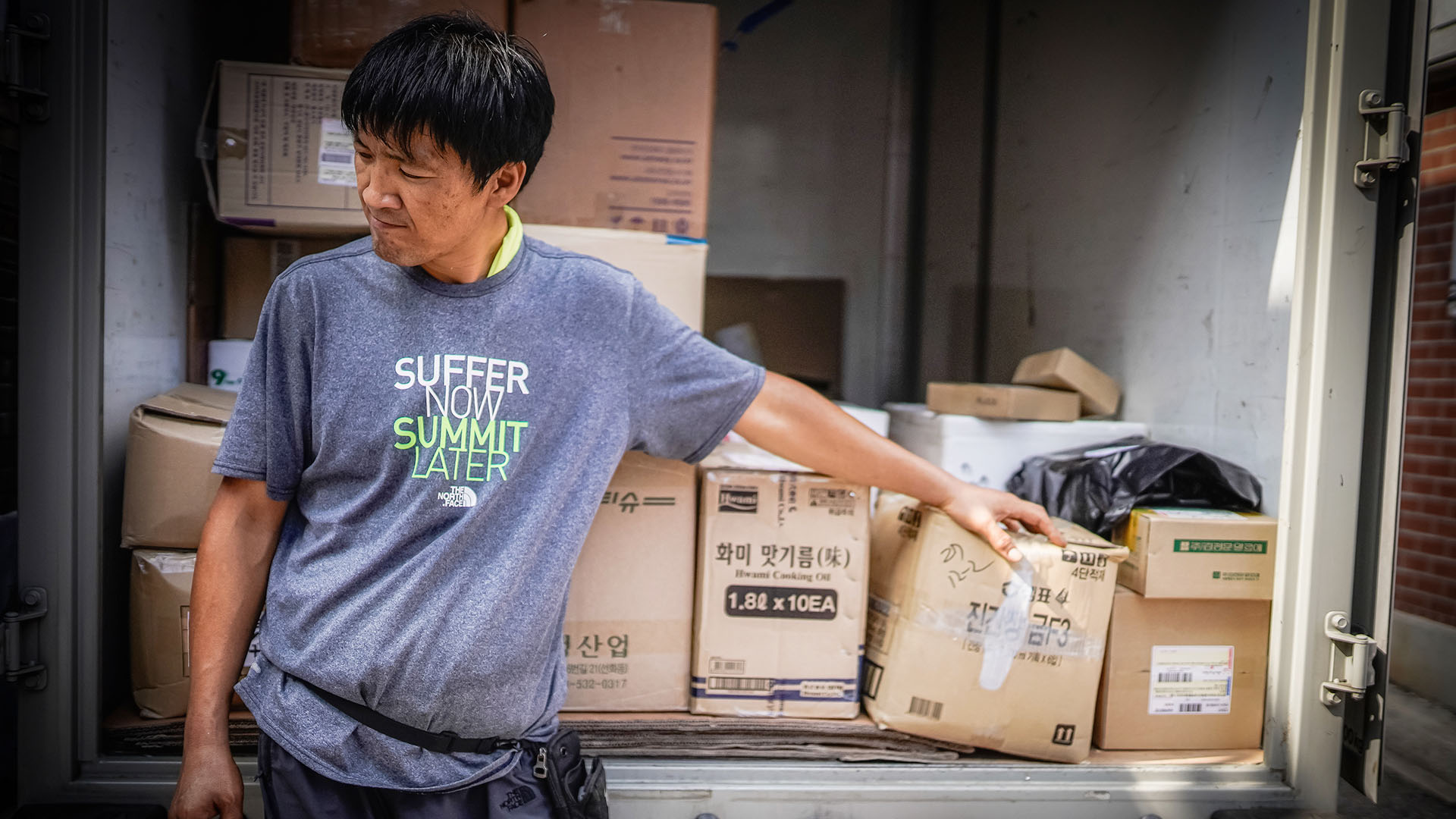 In South Korea, twenty-one delivery workers have died since the start of the pandemic. Many say it is caused by relentless work pressures and long hours, as delivery services compete to offer the fastest service.

Lee Seong Wook, a 44 year old delivery driver, works 6 days a week, and rarely sees his children. 'I'd be lying if I said it isn't tough for me. But it’s a matter of survival. My children won't eat if I don't earn', he explains. A colleague of Lee's recently fell into a coma following a brain haemorrhage; he had been working over 90 hours a week. Employees in fulfilment centres are also struggling. 'These people used their brains only to work out how to squeeze as much blood from the workers as possible, within the boundaries of the law', says the mother of one delivery centre employee who died of a heart attack. The government ruled his death was caused by 'overwork'. As the nation with the longest working hours in the developed world, overwork is a part of South Korean culture - but many workers are now demanding greater rights. Yet though many delivery companies have agreed to cease deliveries after 9pm, this has failed to positively impact employees. 'After 9pm, the company’s computer system shuts down. Deliveries I make after 9pm will be marked as ‘delivered’ tomorrow. Then, the company will charge us a late fee, which is the price of the item', explains Lee.
FULL SYNOPSIS
TRANSCRIPT