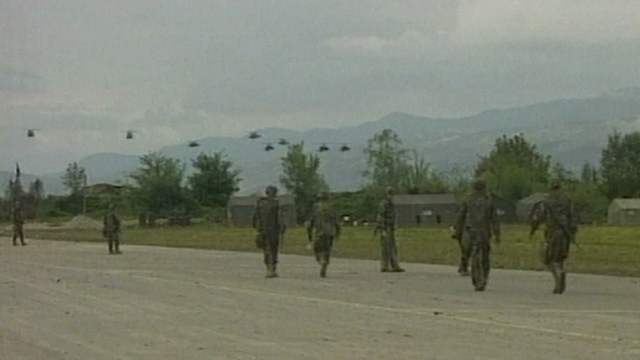 The black market economy is thriving. With no social order Albania remains close to the cliff edge.

Even the army is in a shambles with officers illegally selling arms to the KLA. General Aqif Cikalleshi tells us “I alerted people to the corruption but was silenced”. It’s a free for all. Everything can be obtained on the black market. All the emergency aid winds up there. People have even been stealing copper from electricity supplies. As a result, televisions are blowing up in people's homes and there are constant power cuts. Driton Toska, a student, tells us “We haven’t had electricity for two weeks”. Like many others, he plans to flee before Albania falls further into chaos and lawlessness. A traffic policeman speaks of a demoralised population: "When everybody breaks the rules, why should I follow them?". Produced by ORF
FULL SYNOPSIS
TRANSCRIPT