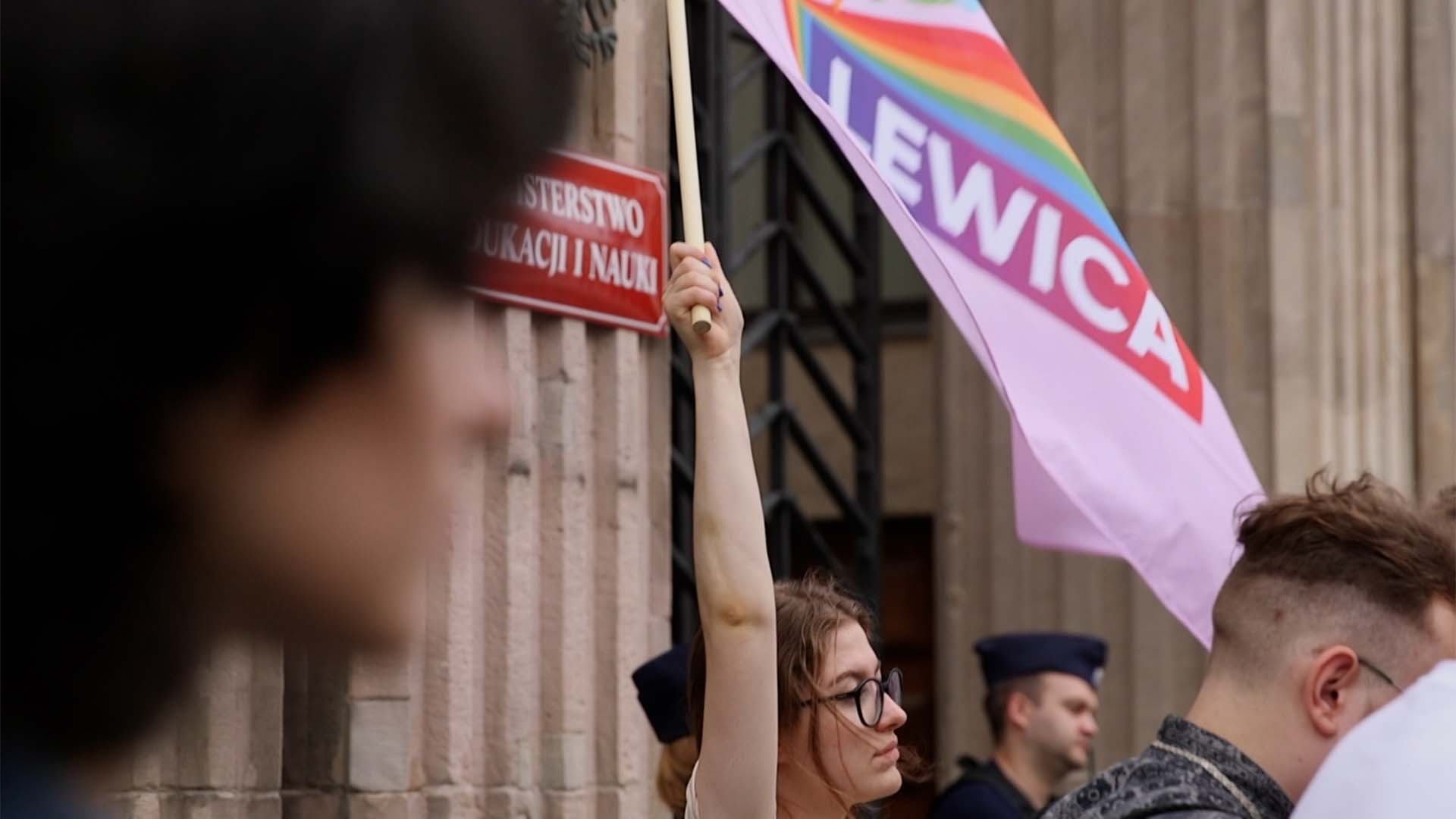 The Polish town of Pulawy is one of 50 municipalities that have publicly declared their opposition to LGBT 'ideology'. This opposition reflects the ruling Law and Justice party's insistence that LGBT identity is a toxic ideology which erodes 'traditional values'. 'Pulawy enacted a statement about stopping the ideology pushed forward by the LGBT subculture. So they are basically calling LGBT people a subculture and that this subculture has an ideology', explains LGBT activist David Socha. 'If we look on the map of Poland, it's one third of Poland which created discriminatory acts against the people', says activist Bart Staszewski. People have now been emboldened to carry out homophobic attacks. 'I've had my friends being called out, even physically abused on the streets because they wore something rainbow', says student Aleksandra Iwanowska.
FULL SYNOPSIS
TRANSCRIPT