The Russian bootcamps preparing children to fight for their country 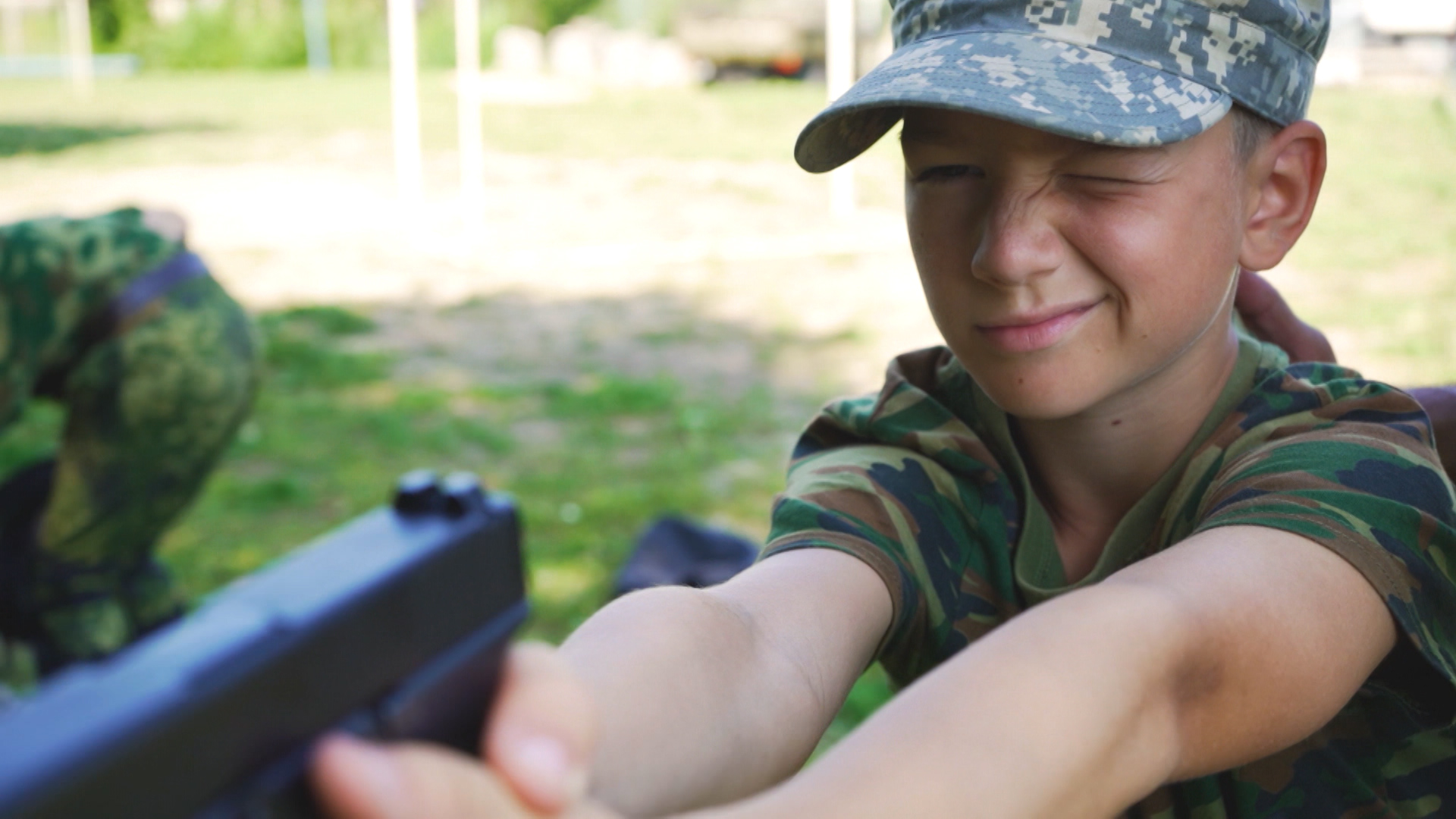 The Russian army commands fear and respect around the country, acting as the regime's right hand. As young people join paramilitary clubs in droves, some fear the Putin regime is brainwashing the younger generation.

In Russia, young people are joining paramilitary clubs with the hopes of eventually joining the army: 'I want to defend my motherland so there’d be no wars, so no one would attack us, like when the fascist troops started advancing upon us in World War 2', says child Vitaly. The army is especially popular in the provinces, where opportunities are scarcer than in the capital: 'they see themselves in the military for various reasons. Some don’t see themselves in civil life. The military authorities allow them to study. This is what we really care about, the kids getting a higher education', says paramilitary camp leader Gennady Korotaev. Some see this is an attempt by the Russian government to convert a younger population that has been prone to anti-regime protests: 'believe me, the main thing that the Kremlin is stealing now is the future, first of all. And the youth feels it more deeply. That’s why the authorities want to have them somehow under control', says anti corruption activist Ruslan.
FULL SYNOPSIS
TRANSCRIPT