Slipping back in Time 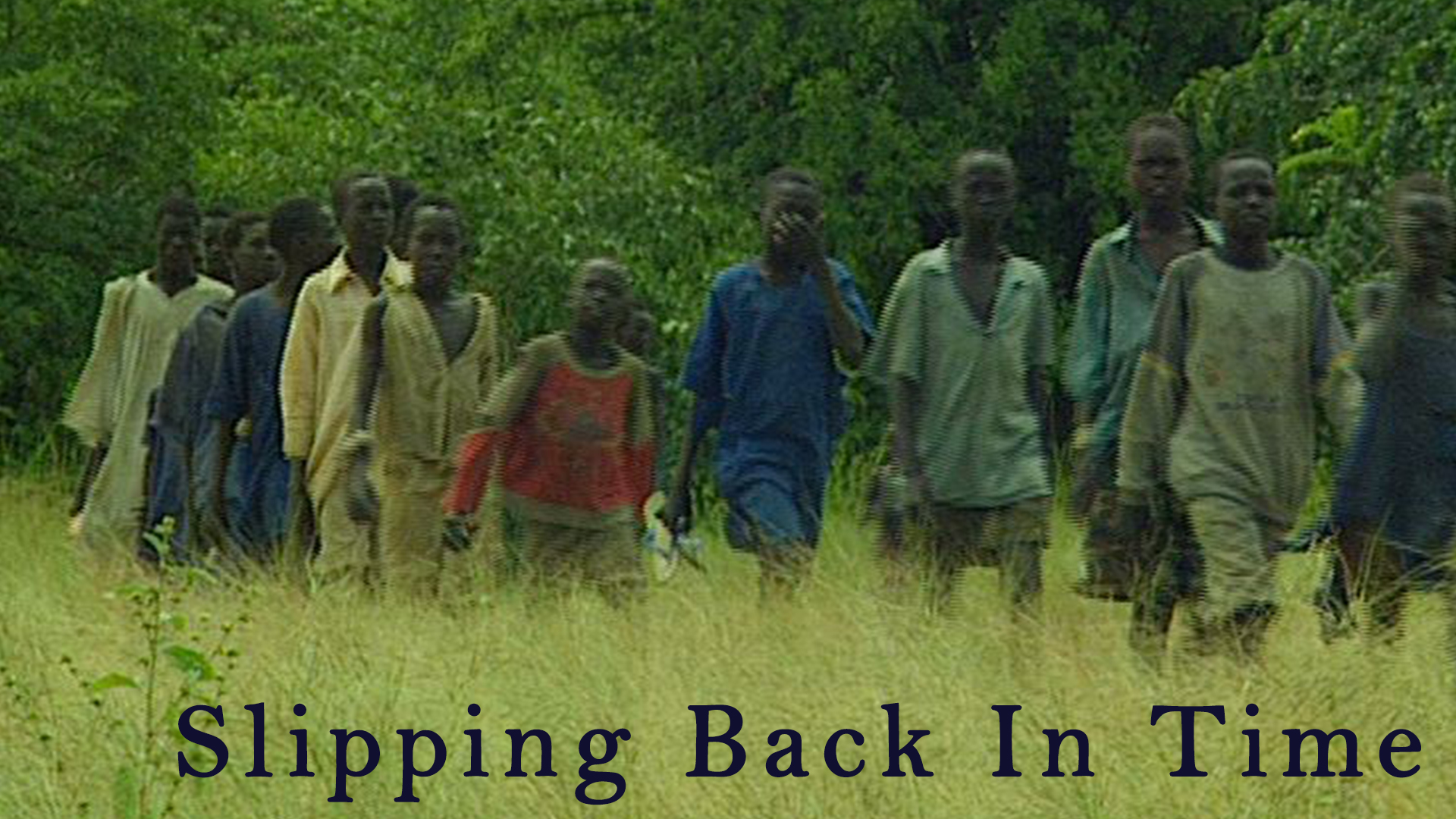 Between northern and southern Sudan, thousands of women and children follow the slave trail back home. Their faces are turned to the ground and their bodies bear the signs of hard labour and hunger. In Sudan, people are still a commodity and slavery is a thriving business. This film takes us to one of the most remote countries in the world, widely seen as a pariah state in the West.

Many of the young women are pregnant. They are Dinka, from Southern Sudan. Like so many others, they were abducted by militiamen and then sold as slaves to the Arab enemies in the north. After years in captivity they have come here to be sold again. This time a Christian aid organisation is offering $50 US Dollars a head to buy back their freedom. "Our village, Wanyjok, was raided and burnt to the ground. Along with 17 other women I was taken north. We had to work in the fields. We were beaten and hardly had anything to eat", says one of the freed women. Many tell the same story. How they were kidnapped and separated from their husbands. How they were beaten and raped. Men from the region gather here in the hope that they might find their families again. Arek Ali, one of the lucky few to be reunited with her husband tells us: "We had to travel all day. We didn't have anything to eat or drink. My small daughter died of thirst. I couldn't bury her and simply had to lay her against a tree and keep on going". Every woman and child has her fingerprints registered in a computer. The Swiss aid organisation buying their freedom wants to be sure they won't be paying for the same slave twice. Every family in the border region of Bahr-el-Ghazal has its own tragic story to tell since the kidnapping of slaves began in the mid 1980s. The enslavement of women and children from the south is a daily event. Black Sudanese have long been treated as second class citizens, lacking basic rights. For over 16 years there's been a war here and no side is winning - neither the Islamic north nor the black African south. Roughly two million people have died in the conflict and 4.5 million have been disPlaced. Since 1989 Sudan has considered itself the first Islamic state in Africa, ruled by Sharia - Islamic law. Southern Sudanese Alfred Taban, a journalist for the BBC in Khartoum, spent months imprisoned and terrorised. He believes that the recent Islamic revival has split the country in two, into believers and non-believers. "Now you are either a Moslem who is with them, or you are not a Moslem who is not with them. This has made people conscious of their religious belief. We never used to have any problem with that". But for many Muslims in the north life isn't any better. Some are hoping for improvements with the newly discovered oil reserves, but these are largely in the hands of international companies - who close their eyes to human rights violations. The revenues benefit only a minority in the north. Many Sudanese Moslems believe that they are victims of a Western crusade against Islam. To some degree this belief may be justified. On the other hand, extremist elements in the Sudanese Islamic movement show little tolerance toward non-Moslems. Unbelievers are considered outlaws and may be converted or killed. Fundamentalists are convinced that the rebels in the south are financed by the west and Israel. And so the government sponsored bombing of the south continues. As does the morally and legally abhorrent practice of slavery. But the split is not simply between Moslems and Sudanese of other faiths. It is also a split between the Arab north and the black African south, as Ismail Mansur, a Southern Moslem reminds us: "They see us as black unbelievers, despite the fact that we have the same faith. We'll never forget what the government has done to us. We'd rather die here than go to them." Produced by Marion Mayor-Hohdahl
FULL SYNOPSIS
TRANSCRIPT