The dark mystery of a murdered journalist in Malta 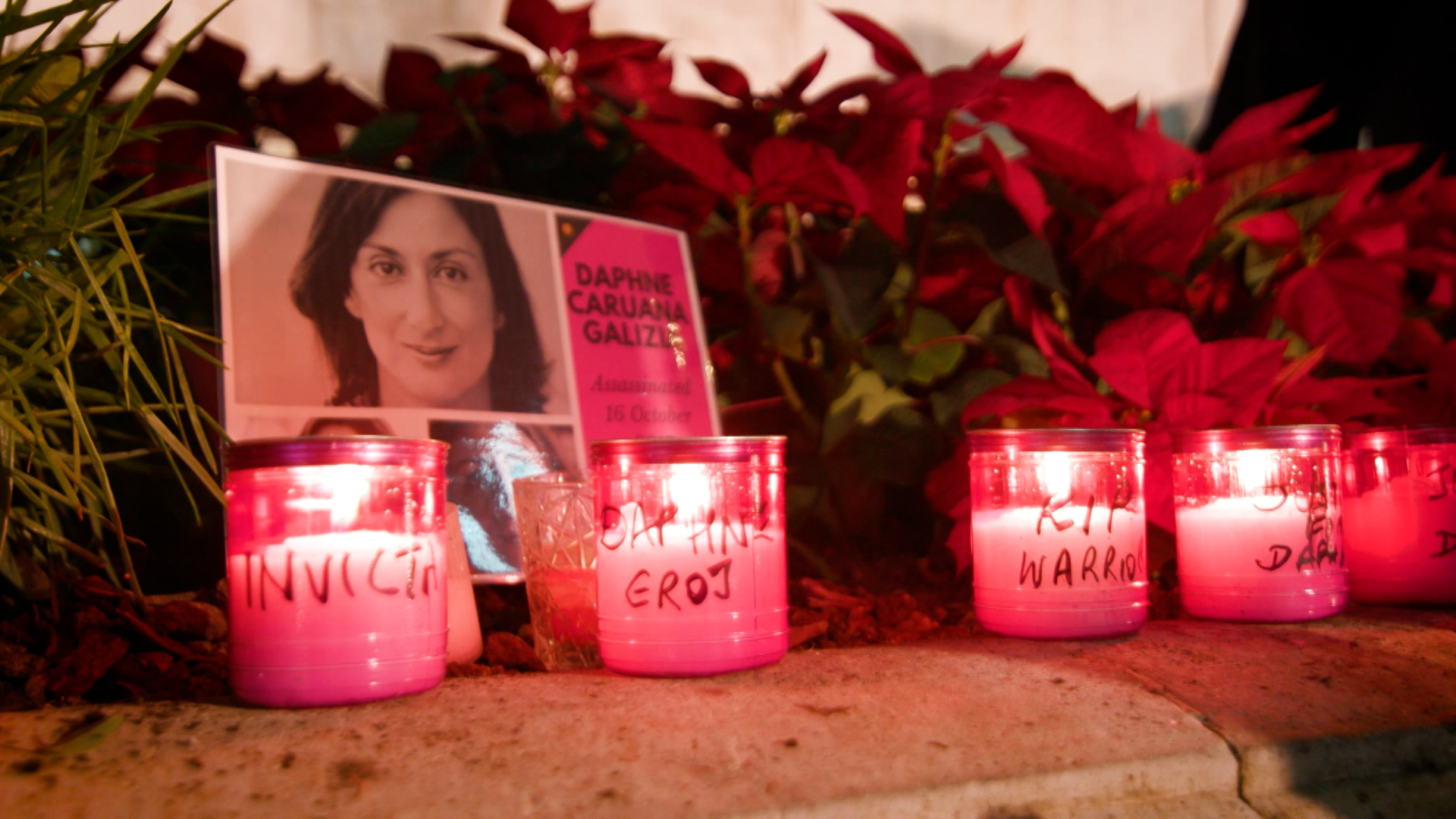 In 2017, Maltese corruption investigator and journalist, Daphne Caruana Galizia was killed in a car bombing. The killing plunged the island nation into turmoil, but the masterminds of her murder yet to face trial.

At a Maltese independence day celebration, women raise two fingers in the air. 'It's the sign we make during our vigils every month after Daphne Caruana Galizia's murder', explains a woman. 'It's a signal that all is not well in this country'. Daphne Caruana Galizia was an anti-corruption journalist. In 2017, she was killed by a bomb planted in her car. Ahead of her murder, Galizia had been investigating a deal which she alleged was part of a scheme to hand millions to the Prime Minster's associates. 'My mother uncovered that the energy minister had set up secret companies in Panama', explains Galizia's son Matthew. Some believe that Daphne was murdered as a direct result of this investigation. 'If there is impunity in Daphne's murder, the ramifications for Malta are enormous', says Galizia's sister.
FULL SYNOPSIS
TRANSCRIPT