Man on the Bus

The Secret History of an Australian Jewish Family 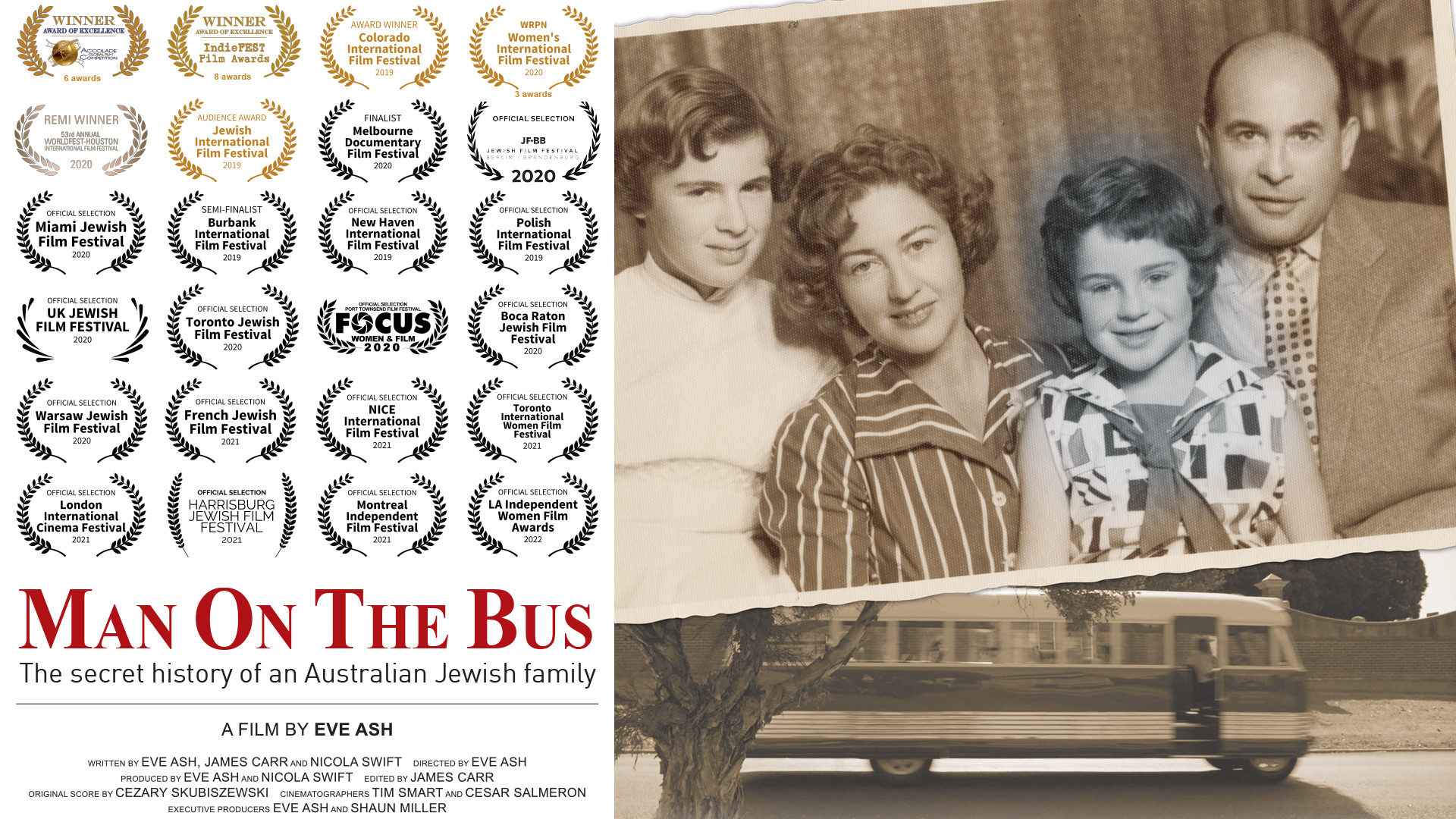 Psychologist and filmmaker Eve always thought there was something not quite right about her family. After a decade of searching for the truth about her mother's roots as a Polish holocaust survivor, Eve makes a remarkable discovery about a chance encounter that changed her life forever. A compelling tale of two defining human traits — endurance and frailty — and a metaphor for the 20th century’s most painful trauma. 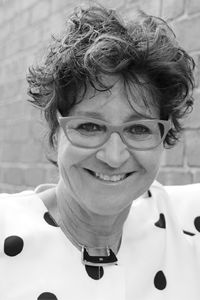 Eve produced, directed and starred in her latest feature documentary, Man on the Bus, and co-produced and co-directed and starred in Undercurrent: Real Murder Investigation, true crime TV series x 6 eps Channel 7, 2019. Eve, a psychologist and author, founded Seven Dimensions, and has produced over 700 short films, documentaries and TV episodes, winning over 180 international awards. These include Finding My Magic multi-award winning cartoon series (x16 ep) featuring Olympian Cathy Freeman on children’s rights (NITV/SBS), Hello Australia (x 10eps) for SBS, a TV series on relationships (x 13 eps, Channel 4, UK) and 150 comedy business shorts in USA. She developed the 3-hour mini-series STARK with Ben Elton (ABC/BBC). Her documentary on Sue Neill-Fraser’s wrongful conviction, Shadow of Doubt, received an Australian Academy nomination for best feature documentary 2013. Her books Rewrite Your Life! and Rewrite Your Relationships! were published by Penguin Books. Eve has been an Australian Businesswoman of the Year and is an international public speaker, with over 1000 videos and eLearning courses in distribution worldwide. Her most recent production is a crime podcast series Who Killed Bob? x 15 one hour episodes on Spotify and Apple.

Still from Man on the Bus

My parents survived the holocaust in Poland, and made a new life in Australia in 1949, but my mother had a secret double life. My father miraculously escaped from a concentration camp with 133 inmates – only 13 survived. He never wanted to talk about it but finally agreed to be interviewed in 1980 for a documentary on Australian holocaust survivors. Thankfully I got access to that footage. I was so proud of my dad, and my mum for all they lost and achieved in rebuilding their lives.

Over many decades I had a crazy notion that my sister and I had different fathers – we looked very different. After my parents died, I studied my mother's home movies, audio recordings and documents and made some amazing discoveries. As a filmmaker it was enormously challenging to tell the story of my own family secret, and be in the film as the main character. I was grappling with the war horrors I had uncovered, yet wanted to share a story of hope and intrigue with what was unfolding that was life-changing for me. I wanted my audience to experience many emotions on my journey, and to feel an immediate desire to discuss morality, secrets, loss, love, lies… but ultimately to feel uplifted by my film.

Man on the Bus was a labor of love, I had no outside finance, so was investing my own resources for a decade.

This film blends real time grabs with a camera at hand with quality cinematography. Many times I wished I had shot something differently, but then I realized these are the authentic moments I have captured – the sadness, the anxiety, the shock and the joy. That is the nature of a real story unfolding around me.

In 2008, after discovering through DNA I had a new half-sister I filmed myself going to find her father, an 83-year-old man that was my mother’s lover – and my biological father. It took me over an hour to confront him and after I met him and a further ten years to complete the documentary. I filmed that critical scene with a small HDV camera, shared with my niece, as I did on other occasions where the emotions and true life experiences overshadowed my producer’s role. This combination of hand held footage with my small camera, together with cinematic well shot scenes has become a style I have applied successfully on other documentary projects.

Decades ago, I had independent researchers interview my mother with audio recordings, because I wanted to know the truth about her life. I spent years trawling photos, documents, 8mm footage, audio recordings and I got access to treasured footage from the Spielberg Archive and Bob Weis’ documentary Proud to Live, featuring my dad’s interview. My sister and I visited Poland and the Ukraine to see where our family members were murdered. I met elderly Jews, family and friends, in Europe, USA and Australia, who knew my parents – and some were very uncomfortable about our secrets coming out publicly.

It was emotionally difficult to go through the holocaust footage, and tell my parents’ stories, especially my father’s escape story. And I was determined to capture the sometimes somber mood, while still delivering a story of hope and intrigue.

Love, loss and lies are the main themes. I was forced to confront my complex relationship with my mother who kept the secret from me to her death. I am also struck by how my relationship with my new father developed over the filming. Dixie is now 98, working full time and our bond continues to evolve, without diminishing my love of my wonderful parents, Martha and Feliks – all inspirational to my filmmaking.

I was obsessed with documenting and recreating how my mother met ‘the man’ on the bus. I directed two simultaneous crews on a 1949 vintage bus – a documentary crew and a cinematic recreation crew. The authentic advisor, my new father, was emotional as his past came to life. And it was joyous and healing for me. It was the best filming day of my life!

I have made many short films, documentaries and TV episodes; but none as challenging as this one – perhaps because it is my story. I was living and breathing the story, and at times fearful of what I might discover. And as a psychologist I believe that making the film has been my way of understanding, accepting and moving forward.