Standing up for women's rights in Pakistan 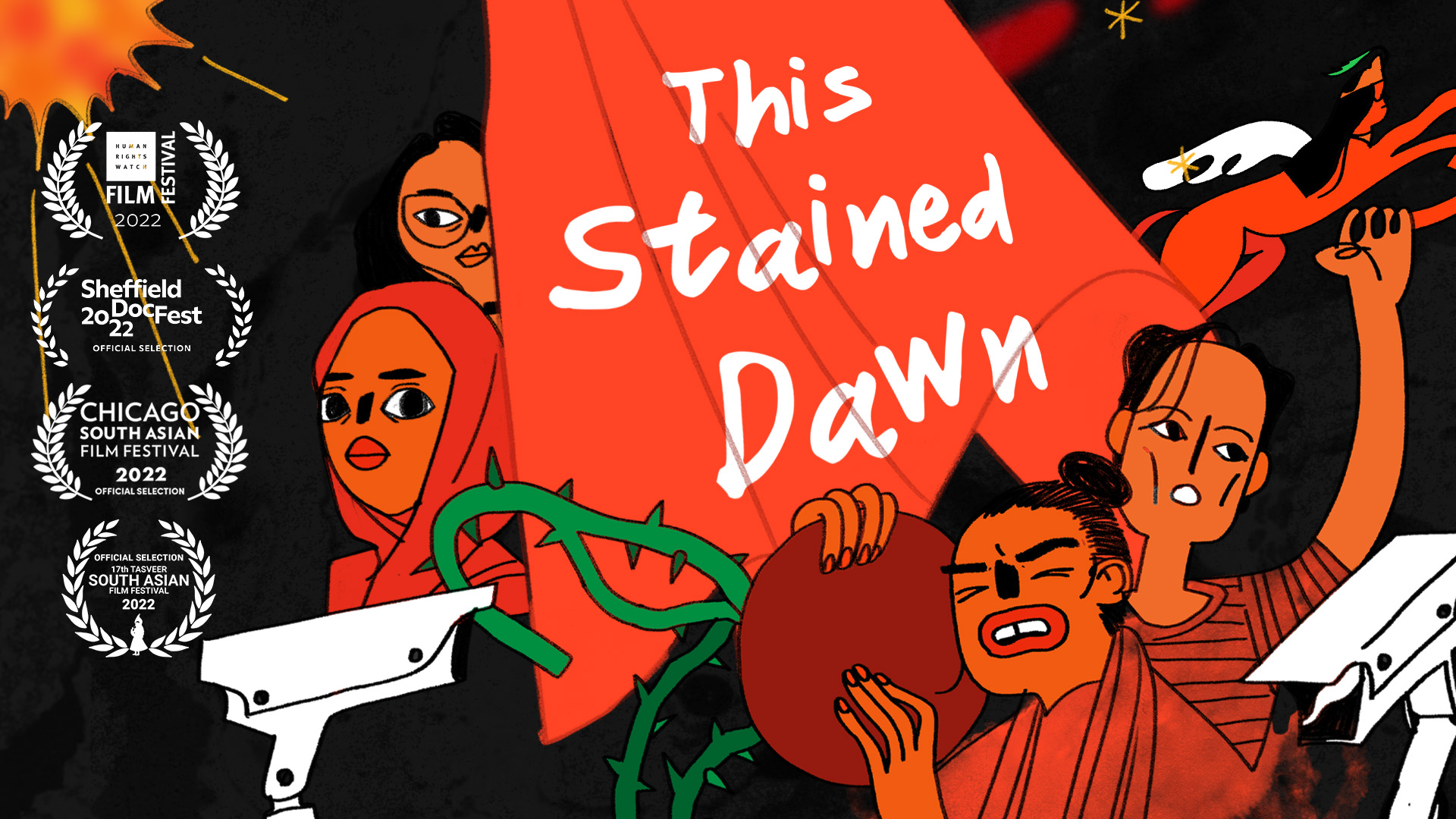 Karachi’s feminists organise a woman’s march, coming up against Pakistan’s radical religious right, and negotiating a deeply surveilled, paranoia-inducing, and often physically violent space in the hopes of a revolution. A philosophical work, This Stained Dawn is not just about the march, but about the act of political organising itself. 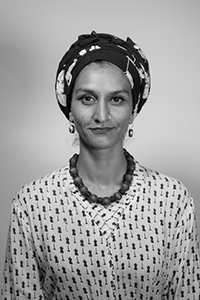 Anam Abbas is a Pakistan based Pakistani/Canadian filmmaker. As a producer and DOP her first feature "Showgirls of Pakistan", premiered in competition at IDFA 2020 and was released globally by VICE. “This Stained Dawn” is her debut feature as a Director. She is also one of the founders of the Documentary Association of Pakistan (DAP). 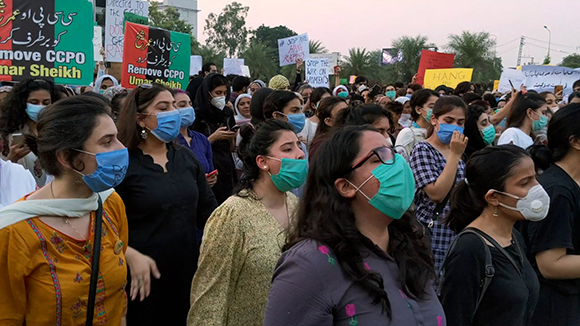 In 2018, I was able to participate in the organization of a historic, diverse and joyous Women's March in Karachi, which in 2019 and 2020 was replicated in 11 cities in Pakistan, resulting in heated, and much needed debates about the role of women in domestic and public spaces and a massive outcry from the religious right. As the state pushes a narrative that criminalizes feminists and accuses the movement for being anti-state and funded by anti-state actors, the film retorts by presenting a reality of grassroots work, political and ideological engagement and a multiplicity of voices that make the current moment.