The civil war against the might of Myanmar's military junta 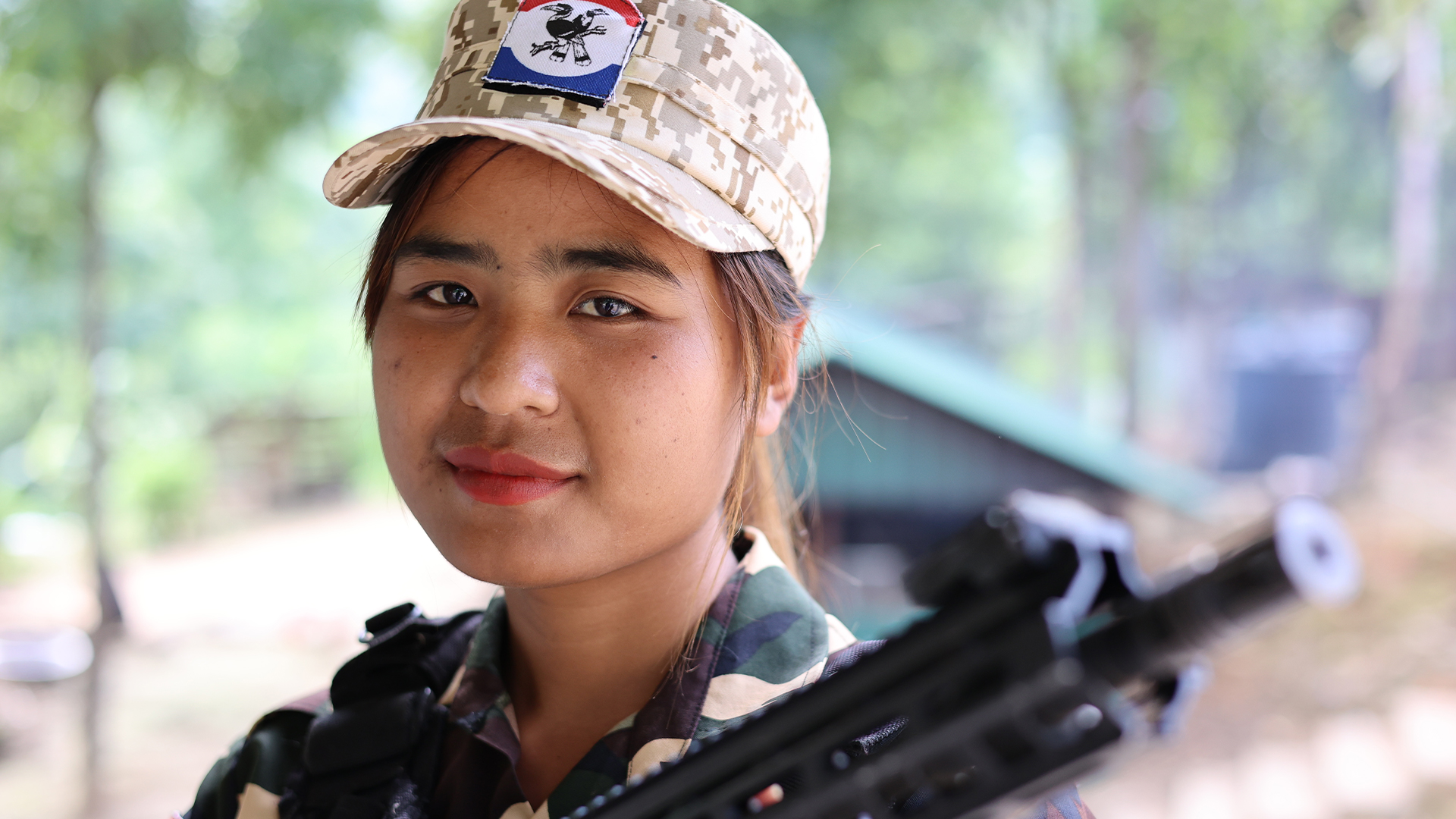 In a remote corner of northwestern Myanmar, a little-known civil war is underway. The people of the Chin State are locked in a deadly conflict with Myanmar’s ruthless military machine – the Tatmadaw.

Since Myanmar's military - the 'Tatmadaw' - established a ruling junta in place of a democratically elected State Counsellor, a civil war has been raging. The North-western Chin State is at the center of the nation's resistance movement, with jungle camps and makeshift villages now home to civilian defense units. Cung joined the Chin Defense Forces 18 months ago, and now leads a battalion. 'This is our land, this is our place. They can't beat us', he says. Chin State's Thantlang town was recently taken by the Tatmadaw, with 12,000 residents fleeing. 16-year old Emily's life was turned upside down when she had to flee the town: 'I miss my friends so much. I am alone', she explains. As the resistance fights on, there have been reports that Myanmar's military is committing atrocities against civilians. 'The methods that they use, be it the killing of a child, burning of bodies, destroying of evidence - they knowingly commit war crimes', says Salai Ling, a Chin Human Rights Organisation representative.
FULL SYNOPSIS
TRANSCRIPT