Kharkiv: From Teacher to Soldier

Inside the city under fire 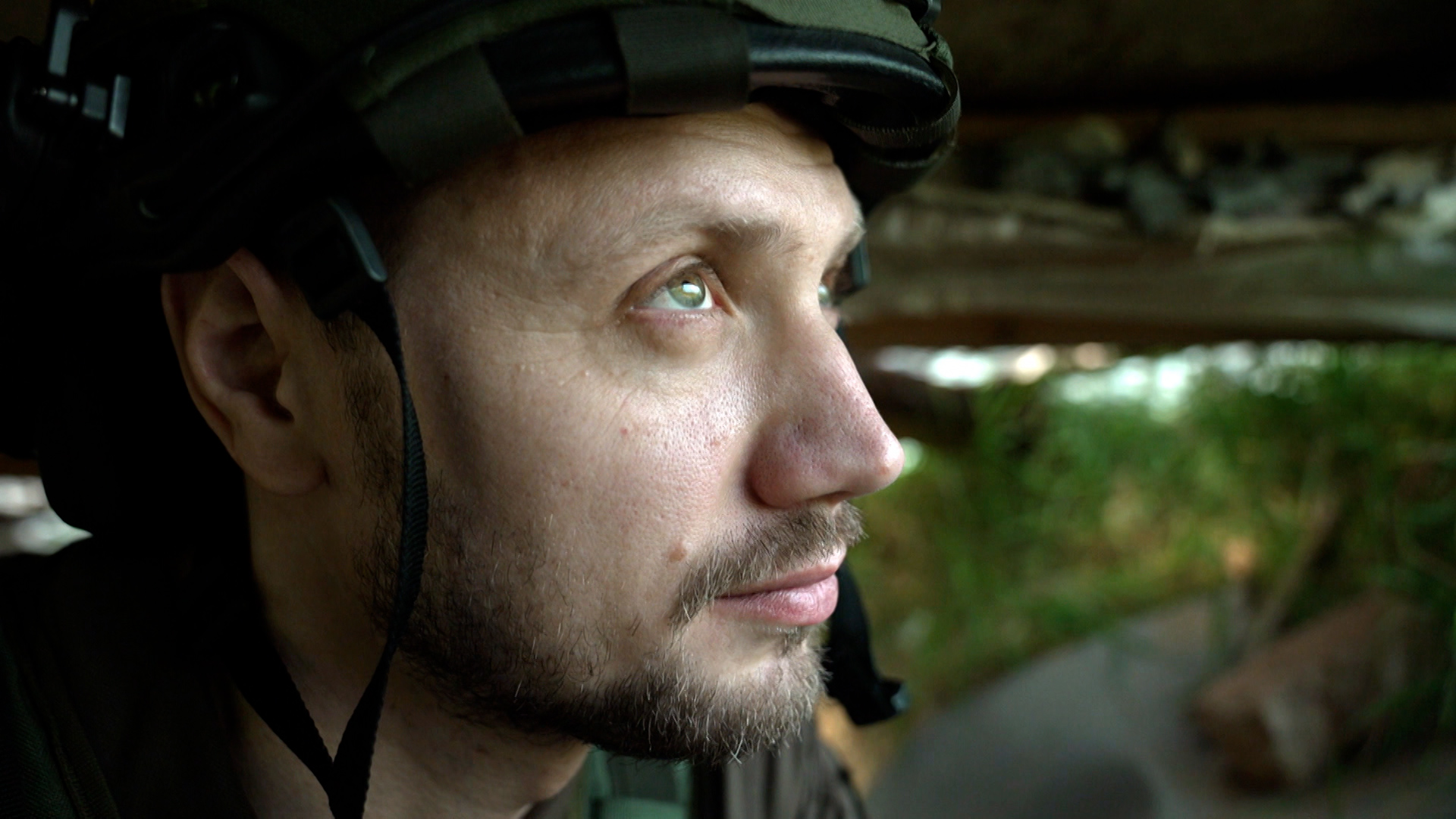 For months, fighting has raged between Ukrainian and Russian forces in Kharkiv. Volodymyr was a maths teacher before the war, and has had to come to terms with his life being turned upside down.

After four years at university, Volodymyr had just started his career as a maths teacher when war broke out. 'It was my dream to be in the classroom and teach children', he reflects. Now he fights in the Ukrainian army in the territorial defence force in Kharkiv. They have managed to push the front line back outside the city, but the missiles keep falling. ‘Up until the last day before February 24th I could not believe it. Only when I heard the explosions, I realised it was war’, he recalls. All physically fit men have been called up to fight in the war effort. ‘Of course my mother is worried’, he says. ‘Like every mother she worries, but she’s also proud of me’.
FULL SYNOPSIS
TRANSCRIPT