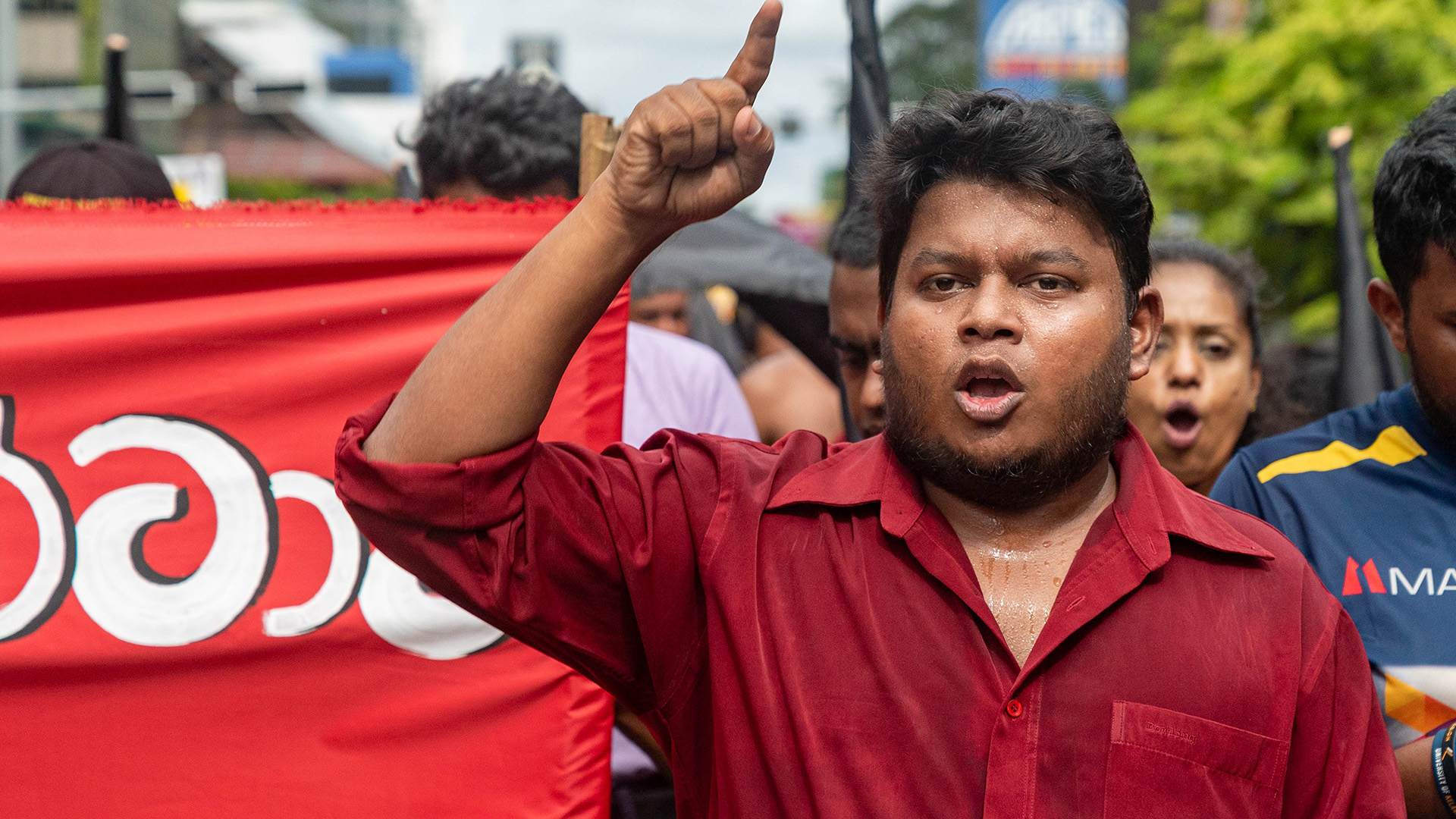 After months of escalating protests in Sri Lanka, protestors stormed the Presidential palace and occupied its grounds. Now, many of the protestors are in hiding, as the regime under the new president hunts them down.

For Sri Lanka’s protest movement, it felt like victory. Protestors swarmed into the palace, partied in the pool and even stretched out in the president’s four-poster bed. That evening, President Gotabaya Rajapaksa fled the country and later resigned. Wimukthi Ransinghe livestreamed the storming of the palace and is now facing charges of inciting violence that could see him jailed. Under the new president there’s been a crackdown on protest action. ‘I’m worried about what’ll happen to him in the future’, his mother says. ‘We hear all these horror stories about what’s happening to people’. Many protestors are now living in fear. Some of the movement’s leaders have gone into hiding. Others have been charged and detained under the draconian Prevention of Terrorism Act. ‘We arrest people who broke the law. Everything has been done legally’, says the new president, defending the violence that has been used against protestors. ‘The person who has claimed the throne does not have the mandate of the people’, says defiant student leader Wasanthe Mudalige. ‘The police are doing this because they’re scared’.
FULL SYNOPSIS
TRANSCRIPT