Return of the Rhinos

In Zimbabwe, the mighty rhino is making a comeback 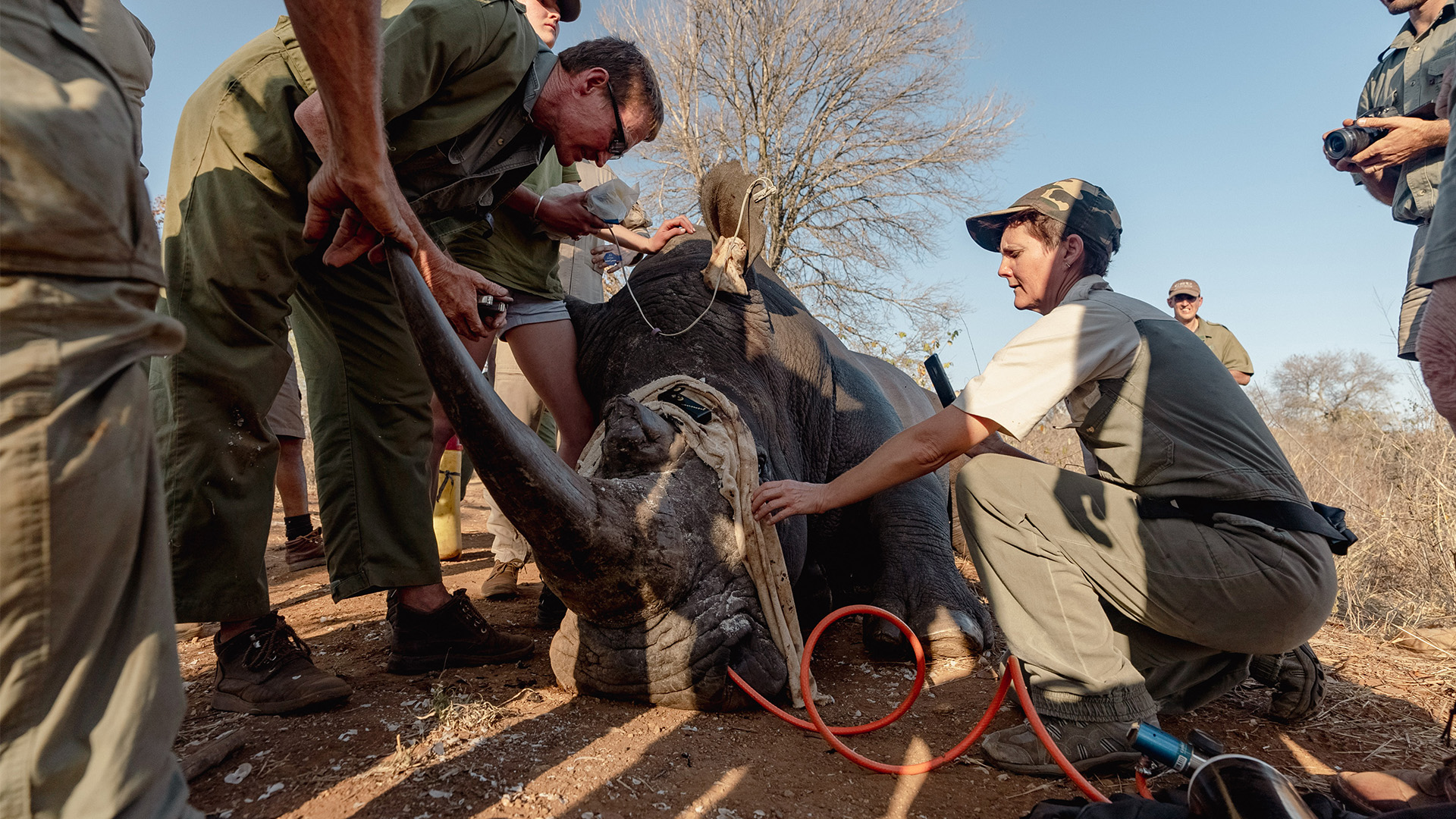 Many species of rhino are endangered, threatened by poaching due to the value of their horns. But in Zimbabwe, rhinos are making a comeback thanks to a wildlife sanctuary's elite anti-poaching team.

In Southern Africa, rhinos have been poached to near extinction in recent decades. Yet in Zimbabwe, numbers are rising thanks to one of Africa's most successful conservation projects: The Malilangwe Trust, a wildlife sanctuary in the country's south east. Elite anti-poaching team the Malilangwe Scouts operate in the sanctuary, preventing poachers from operating within its boundaries. 'Individually you can't win against poaching. You have to be a team, a strong one', says Patrick Mangondo, a Sergeant in the Scouts. The sanctuary began with 28 black and 28 white rhinos in 1998: now, the population is in the hundreds. 'It's what we all aim for in our careers as conservationists', says Malilangwe ecologist Sarah Clegg. 'Happy animals can produce more babies that can grow populations, and that's what we need with rhinos', says conservationist Sarah. Those who work for the sanctuary face the threat of highly organised, armed criminal gangs - which pose a risk to both rhinos and Scouts alike. 'A poacher is a dangerous human being. For they kill rhinos every day. It's a war, because if they come in, they'll be bringing war to us', says Patrick.
FULL SYNOPSIS
TRANSCRIPT