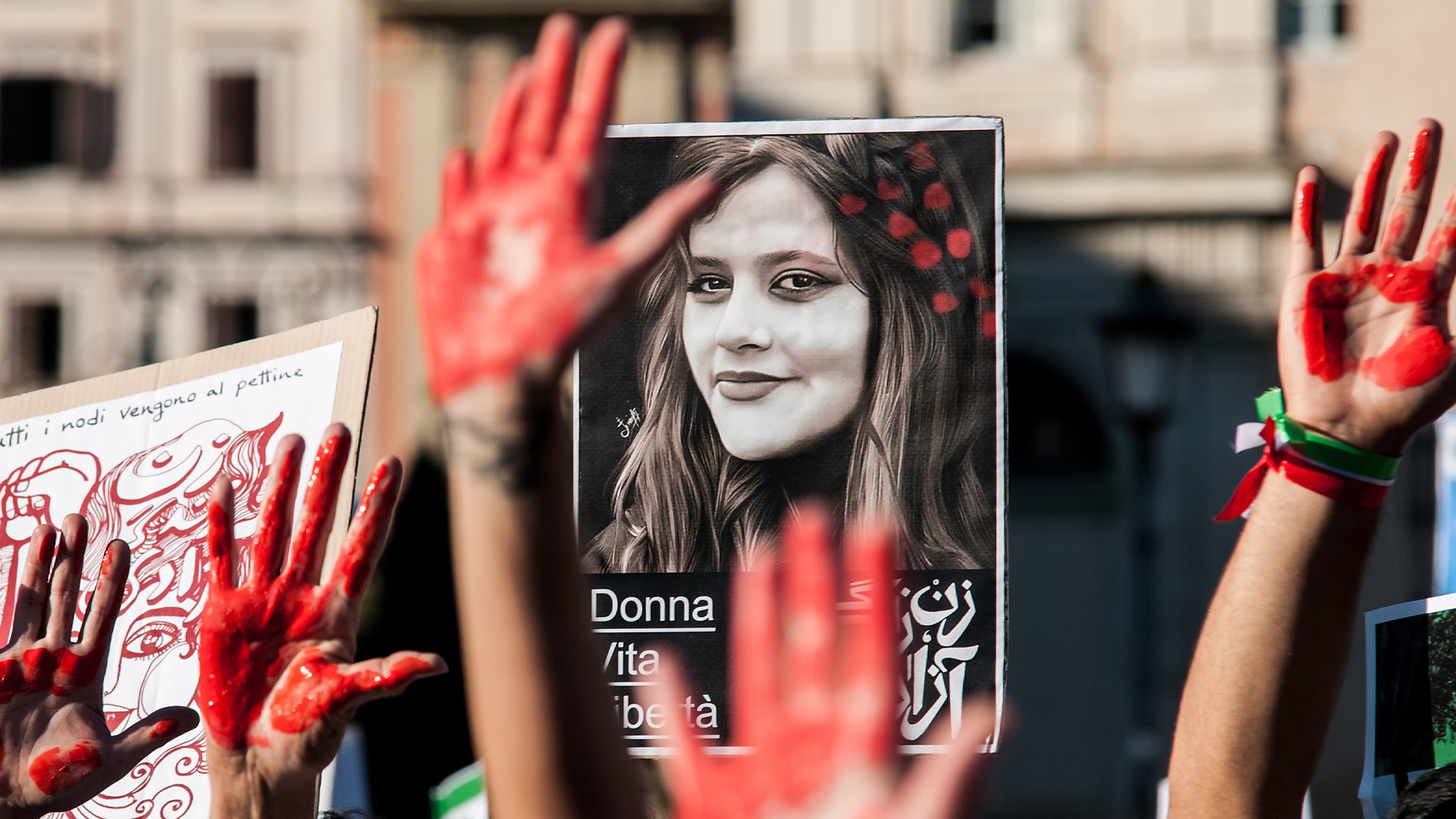 Unrest continues in Iran, as people take to the streets to protest the strict Islamic regime that rules the country. The protests have raged for nearly two months, and many demonstrators have been killed.

On 13 September, 22-year-old Mahsa Amini died after being detained by Iran's morality police for allegedly violating the strict law requiring women to cover their hair with a hijab or headscarf. The protests triggered by her death quickly evolved into the most serious challenge Iran's Shia Muslim clerical establishment has faced in years. ‘It’s not just about compulsory hijab. It’s about 40 years of oppression’, says Azi Jangravi, an exiled protestor now based in Toronto. BBC Persian's Jiyar Gol looks at the strength of the movement, what young women are demanding, and why some are saying this moment could be a turning point in the fight for equality. ‘The Islamic Republic make us women carry their ideology on our bodies’, says Masih Alinejad, activist and journalist. Despite government crackdown on the protests, and many deaths, including a boy as young as 7, the demonstrations show no sign of ending. ‘The men, women and everyone who supports the movement will not retreat’, says Mansoureh Shojaee, a women’s rights activist.
FULL SYNOPSIS
TRANSCRIPT