Inside the grim chambers where hundreds of Ukrainians were held captive by Russian soldiers. 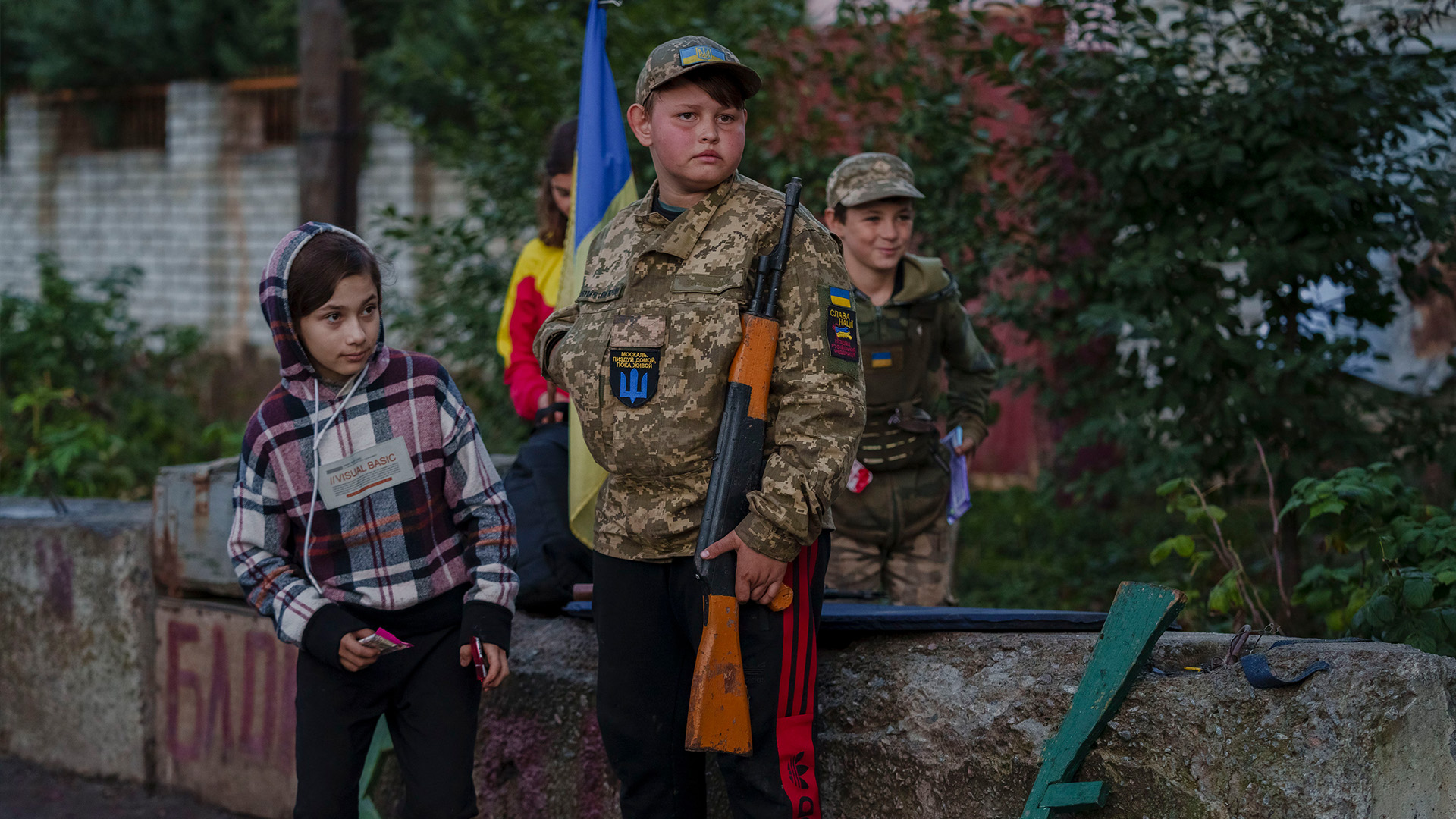 Following months of brutal occupation by Russian forces, Ukrainians are still refusing to be beaten down. With many areas now liberated, people are sharing stories of trauma and hardship, hope and survival.

70-year-old Anatolii Garagatyi, an amateur cameraman with a YouTube channel, recounts how he spent 100 days locked up in a police cell. When he refused his Russian captors' request to make a propaganda video, he was tortured. ‘It doesn't matter how much longer I live but I don’t want my soul to meet my parents in heaven and for them to think I’m a traitor’, he says. In a quiet forest outside the town of Izium, investigators dig up hundreds of bodies from a mass burial site. Tetiana Pylypchuk, the director of Kharkiv's Museum of Ukrainian Literature, has organised a literary festival in a bunker. It's a show of defiance against an adversary which wants to obliterate their culture. ‘Holding such events in a city which is under threat is a very strong message to the enemy’, she explains. Humiliated by its recent losses, Russia is retaliating with missile strikes at power plants and vital infrastructure. As winter approaches, many are living without gas, power and water. But Ukrainians' resolve to defeat their invader has only hardened. ‘We have to survive. We have to fight for our land, for our family, for our houses’, says Oleksii Reznikov, Ukraine’s Defence Minister.
FULL SYNOPSIS
TRANSCRIPT