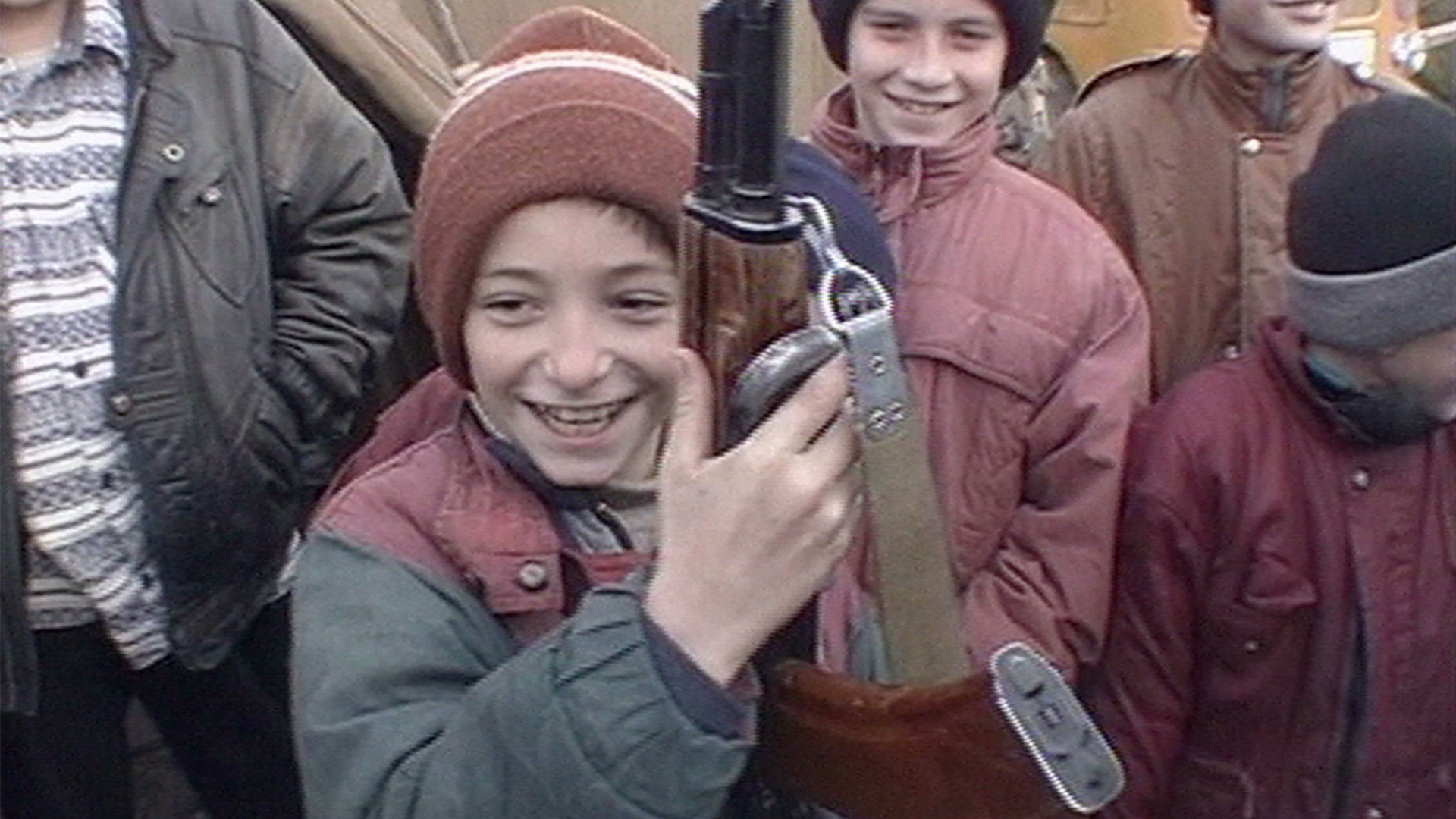 In a refugee camp in Ingushetia a Chechen boy aged 13 is holding a Kalashnikov. The children learning how to fire guns may soon grow up to use them against the Russians.

In camps such as this one, new stories of atrocities are being passed on to a generation that has known nothing but war. They are the true victims in a conflict which has driven hundreds of thousands of Chechens into exile. Chechnya won de facto independence from Russia in 1996 after a war that claimed over 80 000 lives. But the warlords refused to serve a central government and the republic soon descended into lawless chaos. A year ago, following a series of apartment bombings in Moscow, Russia invaded Chechnya in what it called a campaign against terrorism. "They came with their planes, murdering people. So we all fled… Even Stalin never did anything like this", says an old man of the most recent tragedy to plague his people. Russia denies targeting civilians. But it won't allow foreign journalists into Chechnya unless they are escorted by the military. Russia has now claimed victory over the rebels. Still the violence continues. This is a gripping and exclusive account of a war which remains an embarrassment to both President Putin and the outside world. Produced by Cheburashka Films
FULL SYNOPSIS
TRANSCRIPT