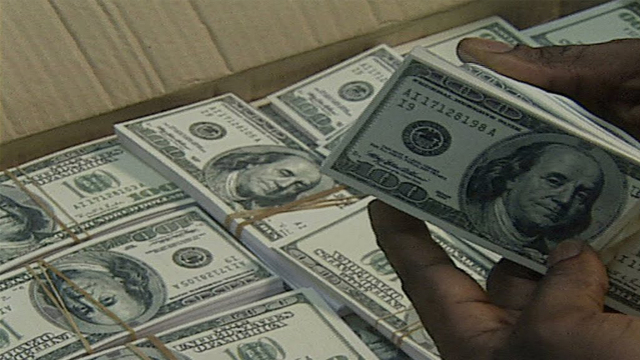 Some of London's leading banks face claims of money laundering during the days of the old Nigerian regime. Now, the new democratic government want their missing money back.

Two years after his death, Abacha is known in the west as the man who jailed and executed human rights activists, including Ken Saro-Wiwa. Today Nigeria's new democratic government is investigating broader crimes of the former regime. A detailed report states that "London was used to transfer money out of Nigeria and to launder the proceeds of […] pillaging". Obesanjo, the new president of Nigeria says: "This is our money. We expect to get it back from wherever it has gone". This investigative report reveals how several London banks failed to notify authorities of suspected illegal dealings by clients, and how they thereby acted as accomplices of international corruption and crime. "If you receive stolen goods… you are as guilty as the thief", says president Obesanjo. Produced by Ed Harriman
FULL SYNOPSIS
TRANSCRIPT