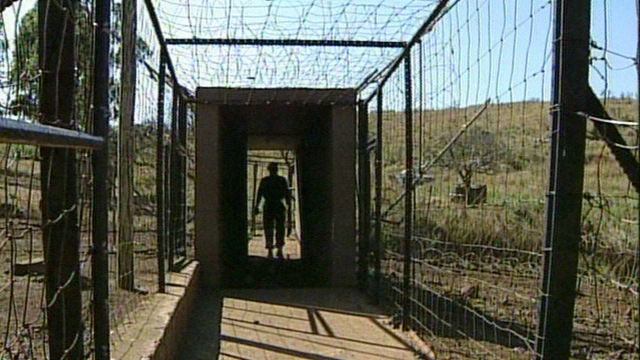 The closure of a passage way on the 'Norex line' has left members of the seperated Mlambo clan with a 300km trip to visit kin, obtain essential supplies, or simply fetch water.

The so-called Norex line was aimed at keeping out the "communist threat". As a consequence the Mlambo clan, one of the biggest families in the region, was split by the international border. But up until the end of last year there was a "hole in the border". Ironically, Magnus Malan, former defence minister and apartheid's main enforcer, allowed an informal crossing for members of the tribe. Over the years the Mbuzini tunnel became the economic lifeline of the area, as well as an access route. This concession is no more. In a recent effort to stop smuggling, the tunnel was closed. Today an iron curtain separates members of the Mlambo tribe. What used to be a five meter walk is now a 300 kilometre detour to a border post. Some members risk arrest by crossing the fence illegally. Produced by SABC Special Assignment
FULL SYNOPSIS
TRANSCRIPT