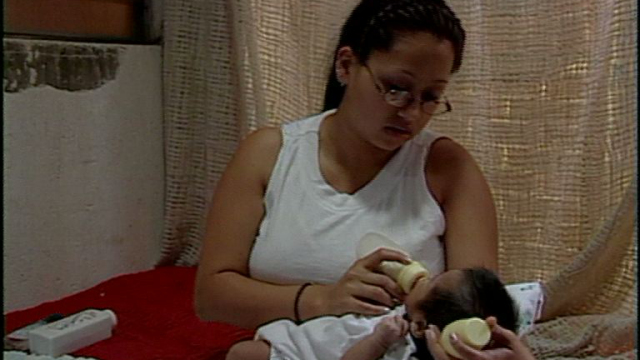 Babies For Export (2000): An exploration of the adoption business in Guatemala.

In a darkened room a pregnant woman talks hesitantly to an adoption agent. Who will take her newborn baby? Her fears are fed by the rumours she has heard of babies being sold into child prostitution and organ donation. Many poor Guatemalans are being tempted into selling their babies. For those living in extreme poverty every child is yet another mouth to feed. Most babies go to the USA where demand is high. But here, as everywhere, adoption evokes strong feelings. Women who sell their babies often pretend that the child died at birth to prevent the social stigma that comes with giving babies up for adoption. It is difficult, says one mother: “After she had gone I didn’t eat for days”. Such is the demand that babies are even being kidnapped. Changing hands for $3000 on the black market. To prevent the illegal adoption of kidnapped babies compulsory blood tests have been introduced by the American and Canadian embassies. Produced by ORF Fernsehprogramm-Service GmbH & Co KG
FULL SYNOPSIS
TRANSCRIPT