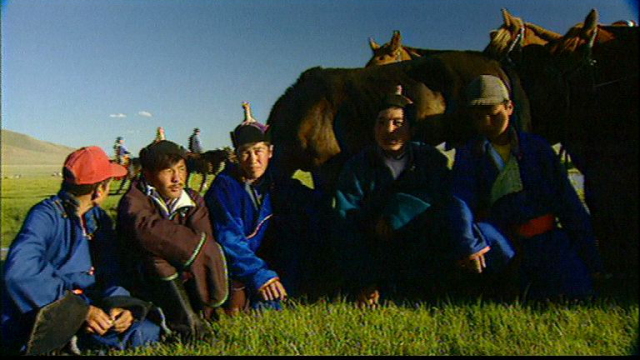 Life on the Mongolian steppe is as tough as the nation’s notorious founding father, Genghis Khan. But extreme weather is making this year tougher than most.

For centuries the horsemen of Mongolia have roamed freely over the vast grasslands following the pasture for their animals. Many Mongolians live a life largely unchanged since their famous ancestors. But two summers of serious drought followed by the deadly chill of the worst winter in a generation has killed more than 2 million animals - the lifeblood of the nomadic herders. The winter of 2000/2001 it is feared that the heart of Mongolian culture may wither away with the horses, sheep and goats that sustain it. “Imagine your transportation disappearing, your savings, your income, your food source – everything disappearing”, says a UNDP spokesman. Until recently animals were owned by the state and managed by collectives. Privatisation has changed this and hit poor herders hard. Produced by ABC Australia
FULL SYNOPSIS
TRANSCRIPT