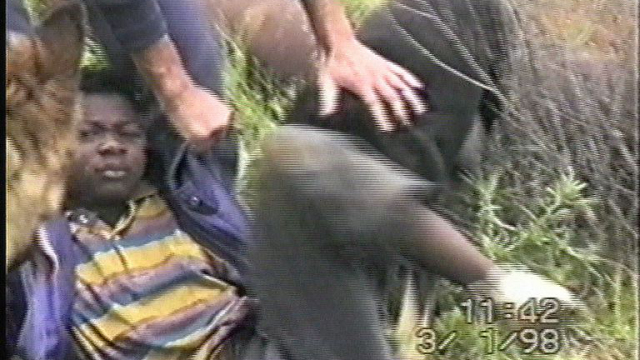 After a report by SABC revealed shocking footage of innocent black men being attacked by police dogs, thousands wrote into the show and the men in the video were identified. SABC speaks to the men in the video, and explores the issue on a wider scale, speaking to Desmond Tutu on the matter

This report reviews those shocking Images and talks to the men who were mauled. Their clothes and legs are shredded. Their captors film their work, laugh and hurl racist abuse. SABC received 15,000 calls within 30 minutes of the Images going to air. The township home of one of the victims, an illegal immigrant, is besieged by journalists. Ironically, he can now stay in the country to give evidence against his attackers. We meet a white former policeman who was also savaged by police dogs, to discover how entrenched this culture of brutality really is. In this climate of shock and revulsion, former Archbishop Desmond Tutu points the way forward: “Racism was learned, so it can be unlearned”. Produced by SABC Special Assignment
FULL SYNOPSIS
TRANSCRIPT