The inside story of one of the CIA's biggest ever manhunts. The hunt for Colombian drug lord Pablo Escobar. 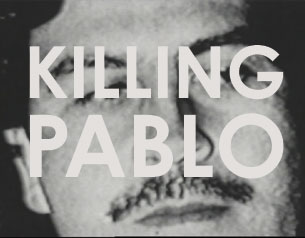 We offer the inside story of one of the CIA's biggest manhunts ever: for Colombian drug kingpin Pablo Escobar. This exclusive documentary has access to US and Colombian participants involved at all levels of the hunt, and draws on thousands of classified documents.

Pablo Escobar headed a billion dollar drug empire, the notoriously violent Medellin cartel. Using murder and intimidation he became one of the most powerful criminals the world has ever seen. After many failed attempts to catch him, desperate Colombian officials sought US help to hunt him down. It was nearly a decade ago that Pablo Escobar became the wealthiest inmate in Colombia. He agreed to go to a country-club style prison in exchange for a plea bargain. But the man responsible for the murders of hundreds of judges, journalists, politicians and innocent bystanders was also loved by many. To the poor he was known as the 'Robin Hood of Medellin', a man who spent lavishly on his humble hometown. With his extravagant residences and fleet of cars what Escobar wanted next was respect from the establishment. He ran for political office but was denounced. He retaliated by declaring war on anyone who opposed him or his cartel. He killed those who denounced him. By the time he reached his 30's, Pablo Escobar had become the richest and most powerful cocaine trafficker in the world. But the election of George Bush in 1988 put America on a collision course with the Medellin cartel. Since Reagan, the campaign to extradite drug producers overseas had gained momentum. Escobar responded with massive payoffs to officials and assassinated those who wouldn't be bought. Massive destruction followed in his footsteps. Drug Enforcement Administration (DEA) officers tell how influential Escobar was. They collected intelligence and trained Colombian authorities in enforcement tactics. At that time Colombia was producing 80% of the world's cocaine. Whenever Escobar's men were killed in the hunt for him, he would retaliate by killing policemen. In one year he killed 500 policemen. At one point Escobar accepted an offer of a plea bargain by the Colombian authorities, but the deal collapsed when an attempt was made to move him from his country mansion to a real prison.

The question everybody asked was how to stop Pablo Escobar. The army couldn't do it; they were corrupt to the extent that they were funded by Escobar himself. This film shows the Colombian National Police being trained by the US to act like the Delta Force and lead the hunt. But they never got anywhere near Escobar. With his massive network of informants he always got away. In January 1993 some progress was finally made by a group of civilian militia calling themselves 'Los Pepes'. One by one Escobar's men were killed and his assets destroyed. Pablo himself claimed that Los Pepes were employed by the Colombian government and sponsored by the US. If so, the bombings and killings they had carried out would be a clear violation of American law. In an exclusive interview the US ambassador in Colombia denies this link. But we access secret documents proving that there was a connection. In December 1993 Pablo was cornered in a well-kept neighbourhood of Medellin. His bodyguard, Limon, was unable to protect him and he was shot dead on the roof of a house. Leaving behind an estimated fortune of more than $1 billion, Pablo Escobar was a thorn in the side of both Colombian and US administrations. His capture and killing throws US drug policy into sharp relief. Produced by KR Media
FULL SYNOPSIS
TRANSCRIPT