The battle between Muslims and Christians for supremacy in Malta in 1565. 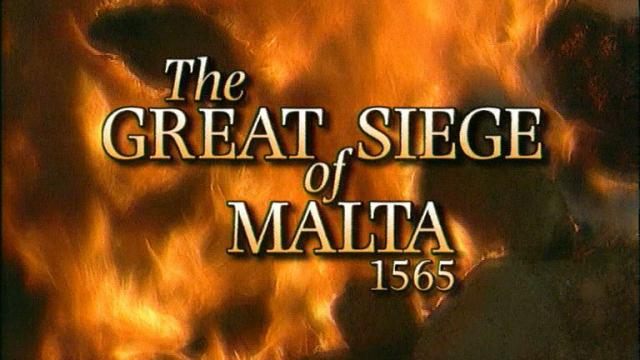 The Great Siege of Malta 1565 is a docu-drama released for worldwide television to coincide with the 900th Anniversary of the Hospitalier Order of the Knights of St. John of Jerusalem, of Rhodes and of Malta. This powerful film is pivotal in the history of the medieval knights and yet it is a story as engaging, as stirring and as uplifting today as it was in Voltaire's time when he wrote, "Nothing is better known than the Siege of Malta."

In a way, it still bears seed with the devotion to life of the Christian knights, and the devotion to death of the Moslem Turks. The production was entirely shot on location in Malta on the same battlements and in the same fields, which saw the valorous fighting which helped to keep Europe free. In 1565 Malta was the key to Europe. The Ottoman Empire had extended its' control over most of the Mediterranean. If the island of Malta could be captured, it could become the staging port for the invasion of "the soft under-belly of Europe." Holding the key were the Knights of St. John and the people of Malta. The Turks had driven the Knights from Rhodes and now sought to drive them from Malta in one extraordinary battle: The Great Siege of Malta. The harbours that defied the Ottoman forces are just as impregnable today. And the Mediterranean under its ancient sky is as blue as it was when cut by the bows of the Ottoman galleys. Apart from its historical content the film presents exciting action scenes, recreated on the very same sites of battle. The great numbers of actors were dressed in exact replicas of the costumes of the period of both the Muslim invaders and the Christian defenders. With this action inserted throughout the narrative, the historical document is elevated to the rank of action drama. Produced by Michael Bonello
FULL SYNOPSIS
TRANSCRIPT