The Bomb at Sea

The Castor - the ship stuck at sea 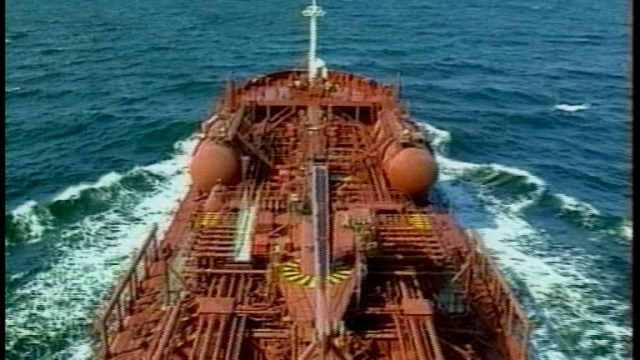 She’s known as the leper of the sea, a ship with 30,000 tons of petrol now stranded on the high seas off Malta, with no country prepared to give her shelter.

In the wake of the Galapagos oil slick, a new environmental catastrophe looms. Originally bound for Nigeria, The Castor ran into a storm and developed a crack over 20 metres long. Morocco, Spain and Gibraltar banned her from their waters. Now Algeria and Greece have also banned her, in case she sinks or explodes. The ship's salvage master fears the worst: "All we are asking is a Place of relative shelter in the lee of a storm". We ask the Spanish why they wouldn't give that, as she's far more likely to sink in rough seas. We also quiz the company that inspected the ship and found it seaworthy a year ago, amid growing calls for a ban on single-hulled tankers. Until the maritime community resolves how to deal with these situations, it could happen again anywhere. Produced by Old Street Films
FULL SYNOPSIS
TRANSCRIPT