The Fear and the Faith 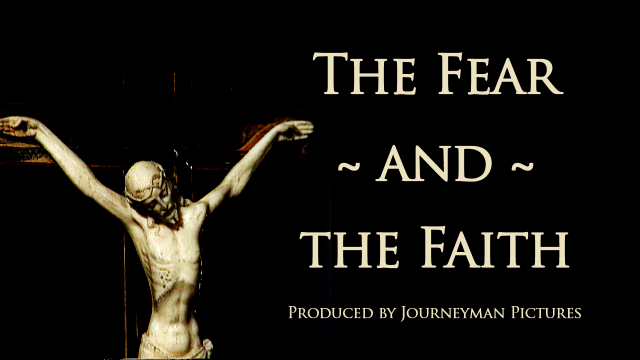 The conflict between Christians and Muslims is the most sensitive issue in Egypt.

Both the Church and the Egyptian government have created a wall of silence which conceals an ugly persecution of the Christian minority. The Islamic movement is bent on converting the eight million Coptic Christians living in their midst, around 12,000 a year becoming Muslim. Converting to Islam offers financial and social rewards. But a spokesman for the militant Jamaat Islamiya fighters reveals that the Koran instructs them to execute those who convert to Christianity. The Coptic Pope tells us that the conflict must be resolved by Egyptians, not by the international community. In the poorer areas of Cairo, isolated Christian families are being targeted for conversion. Often the inducements are financial, or promotion is refused until they have converted. More violent tactics are also used. A mother speaks of the rape of her teenage daughter, who was told by police to marry the rapist or go to prison. The shame of rape has left many young girls with no choice but to leave their families and convert to Islam. One Christian man was shot and stabbed by Muslim fanatics - the Coptic Cross, tattooed on his wrist as a sign of faith, was gouged out with a knife. He accuses the police of colluding with the Muslims - a common accusation. Political adviser to President Mubarak, Dr Ossama Al Baz, denies any accusations of government collusion in the persecution: "We respect the sentiments of both Muslims and Christians. Any form of extremism is looked upon by the government as an anti-Egyptian activity and is unhealthy, and we prevent it so far as we can do that." But others hold a different view. "The extreme Islamic ideology has now spread in all governmental departments. There is now a whole generation from these groups in leading positions," says Morris Sadik, a Coptic lawyer who is battling to expose the Muslim fanatics who have attacked his client. The lives of these people are governed by fear; many of them are even too scared to appear on camera, preferring to speak anonymously of their experiences. The irony is that, until recently, Muslims and Christians have co-existed peacefully in this region for hundreds of years. Indeed, the influence of Muslim practices on the Coptic Church is clear - worshippers remove their shoes before entering church, and women cover their heads. But recently, pressure from Islamic extremists is forcing many moderate Muslims to give up their contacts with the Copts. Neighbours who were once good friends now have nothing to do with each other, purely because of their religion. And there is now little hope of reconciliation. As the conflict between Islam and the West worsens, it is small Christian communities like these, isolated in the middle of the Muslim world, that end up getting caught in the crossfire. A film by Mark Stucke. Produced by Scott White Enterprises/Journeyman Pictures.
FULL SYNOPSIS
TRANSCRIPT