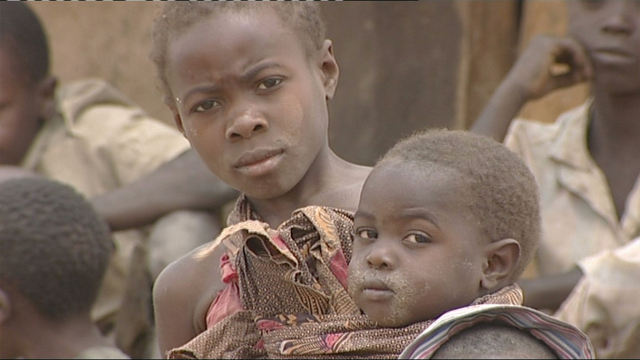 Food aid intended to save the lives of the starving is being held back by the Zambian government due to concerns over the safety of genetically modified food.

39-year-old Madalena Phiri hacks at the dry, hard earth, looking for roots to feed her children. She has no seed or fertiliser and the rains have failed for two successive seasons. "I try my best to cultivate my field but cannot produce enough," she despairs. Her story is repeated across Zambia. But controversially, there may be enough food to alleviate the problem: stores of foreign food aid are not reaching the starving. Much of the donated food is genetically modified maize, from the United States. The Zambian government has halted its distribution, fearing the effects it may have on a population for whom maize is the staple diet and the risk it may pose for Zambia's future commercial maize crops. Over the past two years, famine has hit Zambia like a hammer blow. In a land with "three categories of poor: poor, poorer and poorest" can it be right to see foreign aid going to seed? Produced by Hedgehog Productions
FULL SYNOPSIS
TRANSCRIPT