Fear and the Fallout from the Guatemalan Civil War 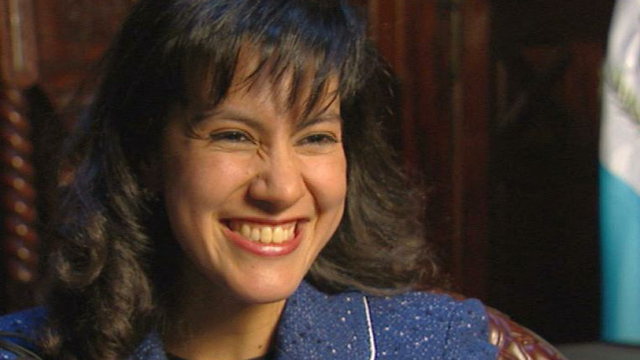 Nearly a decade after the civil war ended in Guatemala, people are still 'disappearing'. But this hasn't stopped others from speaking out.

Rosalind Tuyac's father and husband were both murdered during the civil war. Unlike countless others, she refuses to suffer in silence. She has formed a widows' group and is pressing the government for compensation. , "For many of us, the wounds and scars of violence are still there," she explains. <\i> However condemning the government is a dangerous business in Guatemala. Especially when General Rios Montt, the man behind some of the worst atrocities during the war, controls the parliament and is standing for president. Many want him to be prosecuted for war crimes but he is protected by his parliamentary immunity. Dozens of government critics are still murdered or 'disappeared' every few months. But the voices for change are becoming louder. And they're becoming harder and harder to silence.