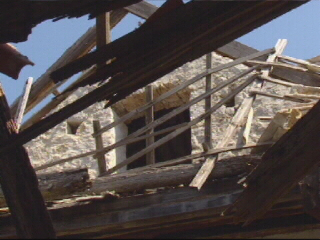 It's survived earthquakes and the Balkan wars, but is Dubrovnik now about to fall prey to developers? With many archaeological sites on the verge of ruin, the city's being threatened by property developers.

To the untrained eye, Dubrovnik may look indestructible but it's in urgent need of preservation. A child was nearly killed by falling stonework from the cathedral and the city lacks the funds to save its most important historical treasures. "We have to save money to preserve monuments," explains Mayor Dubravka Suica. Selling flats to developers is one way the city is raising more funds to preserve its heritage. "Dubrovnik is one of the absolute jewels on the international property market," states property lawyer John Howell. But architects worry the new developments will ruin their city. As historian Goran Vukovic explains: "It's important to understand that a single change, like a concrete terrace, could be the beginning of a dangerous process." (ABC Aus)
FULL SYNOPSIS
TRANSCRIPT