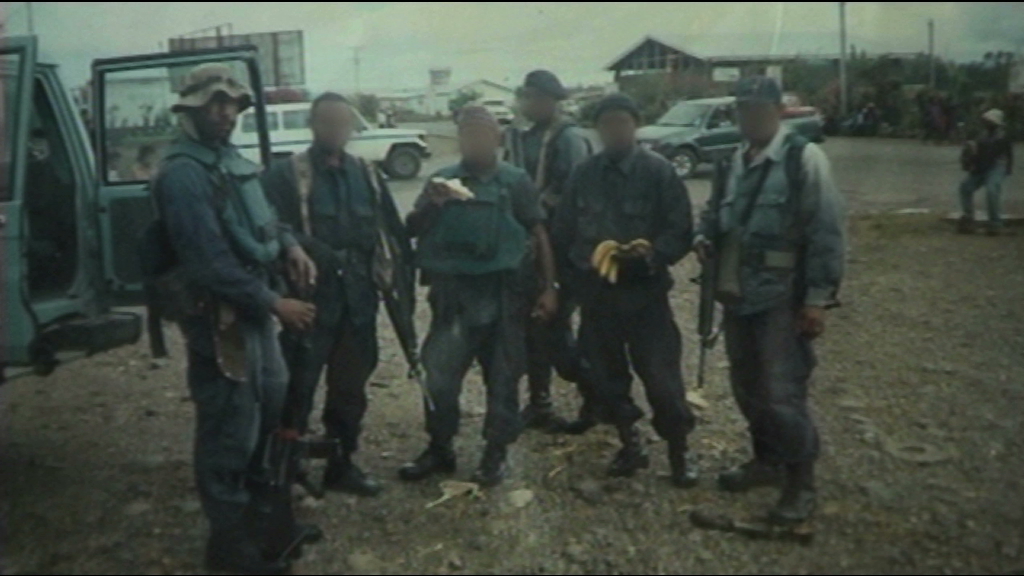 The town of Kamusie in Papua New Guinea is plagued by corruption and the authoritarian repression of local workers and landowners by a local manufacturing company and the police. The spectacularly beautiful scenery of the surrounding jungle and mountainous landscape, as contained here in some quality footage, offers no solace to the workers who have suffered violence and extreme mal-treatment allegedly ordered by large local companies like Rimbunan Hijau. One of the perpetrators of such brutality in the local mill was once Bani, who admits that he was willing to 'do whatever the company asked him to do' once he had received a regular bribe. Now a reformed policeman, Bani relates in this chilling film the kind of work he was asked to do at the mill, while Dateline investigates his claims in some probing interviews with the local authorities.