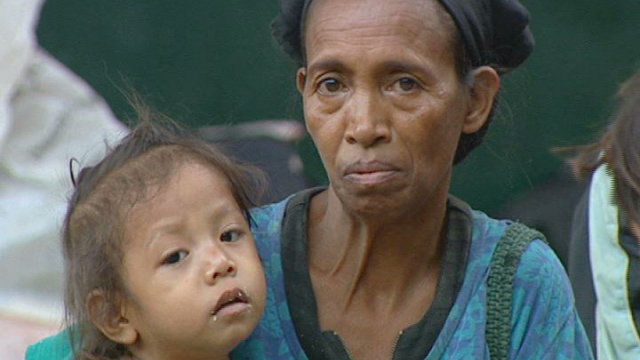 East Timor is once again in turmoil. But this time, the violence isn't being led by Indonesia. The country's own soldiers are turning on each other.

A conflict which began over army promotions has unleashed simmering discontent with the Fretilin led government. "We are ready to die to defend justice", proclaims rebel leader Gastao Salsinha. Soldiers in the West complained they were passed over for promotion by soldiers from the East. Instead of addressing these concerns, the government fired a third of the army and ordered remaining soldiers to fight their former comrades. Now, there are growing fears of civil war. But there's far wider resentment at the government than even these protests suggest. "Our leaders are trying to betray us", complains Father Mortinho Gusmao. Like many, he's disgusted that the government is trying to stop the trials of Indonesian war criminals. "If we claim that we are friends of Indonesia, should we turn around and call for an international tribunal? How stupid would that be!" explains government spokesman Dr Jose Ramos Horta. The government is even considering pardoning the war criminals its own courts convicted. But many believe there can be no real stability until the past is addressed.
FULL SYNOPSIS
TRANSCRIPT