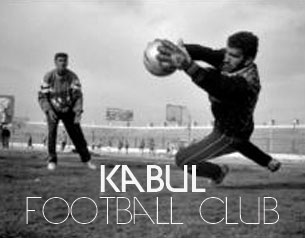 Under the Taliban, Kabul's football stadium was a place of fear and execution. Football was discouraged and spectators banned from cheering. But through all the years of oppression, love of the beautiful game remained. Now, in a symbol of the country's rebirth, Afghanistan is rebuilding its national team. We follow football legend Ali Askar Lali as he returns from exile in Germany to select and train the new players. Working in farcical conditions, he tries to prepare the men for their first symbolic international match. Will the team be ready? And do they stand any chance of success?

"Come on guys, move!" yells coach Ali Askar Lali. He has only a few days to transform this undisciplined rabble into a strong, coordinated team. Then they will play their first match against Pakistan. It's a crucial game, marking Afghanistan's return to international competition after 33 years of isolation. But within minutes of training, an American soldier runs up to them waving. "Helicopter approaching! You have to get out of here!" Play is suspended as a chinook lands in the middle of their training ground, sending the footballs flying. But for Lali, the day has been a success. At least they actually got to play. Yesterday, the team spent their training session stuck in a traffic jam after a security scare closed down the city. "Conditions are really bad", complains Lali. With Kabul stadium under renovation, the team have no training ground of their own. Instead, they're forced to train on waste ground or beg and borrow military land. But if anyone can reunite the country behind the new team it's Ali Askar Lali. He became a national hero in the 1970s when he captained the team that defeated Pakistan, scoring the crucial goal. After the Soviet invasion, when the squad was forced to compete in the Moscow Olympics, Lali led the entire team to defect and seek sanctuary in Germany. "For us, it was the best way to show people that there is a Russian army in Afghanistan and we don't accept them", he explains. For 25 years, Lali lived quietly in Dortmund. But he never gave up hope he would one day return home. When the opportunity arose to found a new national team, he jumped at the chance. "I want to give back to my country all it gave me. It's a bit like paying a debt", he explains. By selecting players from different ethnic groups, he hopes the team will act as a focal point and encourage national unity. Players have all made big sacrifices to join the national squad. Most have had to give up their jobs and leave families behind. There's no pay and conditions are basic. "We don't even have a proper bathroom or heater!" complains one. But they all remain focused on the task ahead. As Wahid states: "We just want to win." With no administrative support, Lali also has to organise the team's trip to Karachi himself. "I have to manage all the issues myself", he complains. Today, instead of training, he's spending the day trying to wangle free airline tickets for the team to Pakistan for their first match. But the tickets never materialise so the team face a four day long dangerous bus trip. Finally, the day they've been waiting for arrives. To the cheers of delighted fans, the men proudly stride into Karachi's football arena. Afghanistan's National team is back.
FULL SYNOPSIS
TRANSCRIPT

Producer & Director, Nicolas Delloye spent more than a year in Afghanistan between 2003 and 2004. He worked as a Producer for a French NGO named AINA which rehabilitates Afghan medias. He collaborated to several documentaries and reportages produced locally and shown all around the world and produced various documentaries for French and foreign TV channels. Thierry Trelluyer is a director of photography and cameraman for more than 10 years. He spent a year in Kabul working with young Afghan filmmakers and collaborated to various programmes for ZDF, France Televisions, TV5 and BBC. He is also regularly working as camera operator on features including recently Science of Sleep, Michel Gondry latest release. For both of them, Kabul Football Club is a premiere and a personal portrait dedicated to Afghanistan.