Trouble in paradise as the Cook Islands struggle with debt 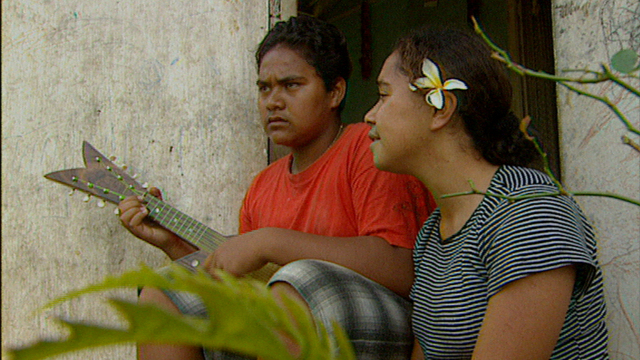 A disturbing report on how islanders found themself struggling for survival after foreigners bought their country's main assets.

After years of borrowing, the government found itself with debts beyond its capacity.Fed up with bankrolling its former colony, New Zealand finally pulled the economic plug. Cook Islands' Prime Minister, Sir Geoffrey Henry denies embezzlement after the collapse of the Sheraton Hotel project, doubling the national debt. To recoup finance, the government laid off state workers and offloaded its most saleable assets to the highest bidders, invariably outsiders. Local businessman Norm Mitchell complains that he was never even given a chance to buy the Aitutaki Hotel. Intimidated by the authorities, his business partners are too frightened to appear before the camera. After losing his state job, Matunga turned to carving ukuleles for tourists. But when this failed to bring in enough money he decided to emigrate to Australia. But not all islanders feel the same: after 25 years in a government office, Nani feels liberated by her new job as tourist guide. But the rest of the population struggles to survive without the state wage which was once taken for granted. Produced by ABC Australia
FULL SYNOPSIS
TRANSCRIPT