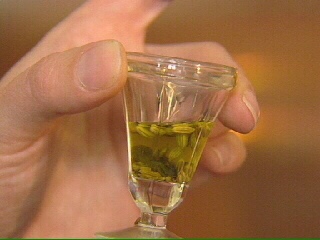 It's a drink so strong and feared, it still can't be produced legally in America. We journey to France to see how the 'green fairy' - otherwise know as absinthe - is made.

Absinth was the favourite tipple of French artists, poets and writers during the Belle Epoche. It was so popular, cocktail time was referred to as 'the green hour.' But rumours it could induce madness led to it being banned for 70 years. However producer Ted Brow is adamant it has never been dangerous. "I found nothing in it that could cause someone to go crazy."
FULL SYNOPSIS
TRANSCRIPT