This is the untold story of how the global racket in fake drugs turned an easily curable disease into Africa's biggest child killer. 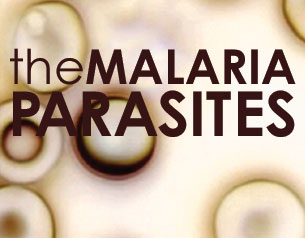 This is the untold story of how the global racket in fake drugs turned an easily curable disease into Africa's biggest child killer. According to leading scientists, millions of children could have been saved if the pharmaceutical industry and World Health Organisation had collaborated to address the problem. Now, signs are emerging that malaria is developing resistance to the one effective drug which can still treat it. It's a development which threatens patients all over the world. But - after decades of silence - has the WHO left it too late to act?

"The fake drugs racket is one of the greatest atrocities of our times. It is mass murder", states Dr Dora Akunyili, director of Nigeria's food and drugs regulatory body. Thirty years ago, malaria was rarely more dangerous than a dose of the flu. "It was when the fake drugs racket broke out that people started dying like rats", states Dr Akunyili. Even Prof Nick White, one of the world's top malaria scientists admits: "fifty years ago, malaria was in retreat. Now, it is getting worse." Many believe that fake and substandard drugs are the main cause of the devastating resurgence in malaria. In the hours lost giving a child a useless fake, malaria turns into a killer. "Getting the treatment right in the first instance is crucial", explains Dr Meremikwu, who runs the children's emergency unit. "You don't have time to wait." The worst type of fakes are those which contain a small portion of active ingredient. "Counterfeit drugs with little active ingredient drive drug resistance", explains Prof White. "Everyone in the malaria field accepts they're a major threat." There is now only one effective drug which treats malaria. "If we lose this drug to resistance, it will be an absolute disaster," starts White. "All our modern treatments depend on it." "But despite this, the WHO has missed critical opportunities to broadcast warnings about the link between fake drugs and malaria resistance. Given the dangers that fake drugs pose, questions are being asked about why the problem wasn't tackled earlier. "The drugs companies wanted the problem kept hidden so that it doesn't affect their legitimate business", alleges Dr Akunyili. Graham Satchwell led the fight against fake drugs at GlaxoSmithKline. Even he admits there is "secrecy and misrepresentation" in the drugs industry over counterfeit products. "They are reluctant to admit there is a problem because once there is an admission, there is an expectation they will act accordingly." This veil of secrecy may even extend to attempting to silence health watchdogs. When Mr Emmanuel Agyarko, Head of Ghana's Food and Drugs Board, found counterfeit malaria drugs circulating, he alerted GlaxoSmithKline and prepared a public health warning. Agyarko claims he was asked by GlaxoSmithKline to withhold his fake drug warning to avoid damaging their genuine product. GlaxoSmithKline deny this. Currently, there is no legal requirement obliging companies to report fake drugs discoveries. But Akunyili and White are fighting to make the reporting of such finds mandatory. "If drugs companies had collaborated with governments, the fake drugs trade would have been stopped a long time ago", states Dr Akunyili. However, Prof White points out: "it's in the long term interests of the pharmaceuticals to do something about the counterfeit trade." As the World Health Organisation prepares to launch a global task force to fight the racket, maybe now something will be done to end the secrecy that has already cost millions of lives.
FULL SYNOPSIS
TRANSCRIPT